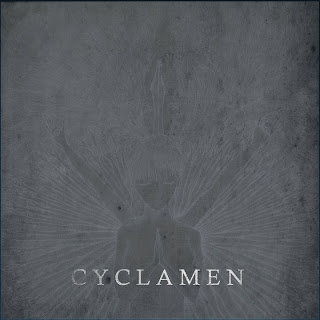 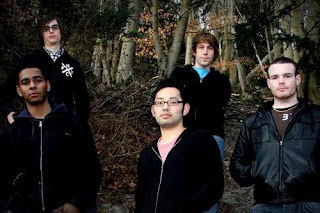 Cyclamen is a tech metal band from the UK. This is their full-length debut following a split earlier this year with Haunted Shores and re-recorded EP. I was lucky enough to interview Hayato, the main-brain of the project last week and he provided some insight into the album.
As one that is vaguely familiar with Japanese music, the rock and metal side anyway, I had a vague idea of what to expect with this album. For those that haven't listened to Cyclamen's previous works, they were pretty much based in a similar realm of sound as groups like Sikth or Converge, but this full-length certainly shows that Hayato wanted to push the boarders for the group outwards. The concept album would have called for a more developed and varied sound, which this album delivers, but having the band founder come from a land where the music is varied anyway adds a certain hint of difference to it that makes it feel, maybe a bit more natural.
But don't fret if you're a fan of the crazier and more frenetic side of the band's sound, the opening two songs on the album, excluding the intro here, The Seeker and Thirst are short, sweet, and frantically paced all the way through. Once those tracks are finished however, the rest of the album begins to expand by utilizing multiple styles, such as post-rock in the title-track, Senjyu, jazz, Comfort, and even a bit of metalcore, With Our Hands, which creates a very diverse, as well as unique sounding album that is certainly a break away from their usual style. Personally, I found the more experimental tracks to capture my imagination more so than the technical and fast tracks mainly due to the fact that the technical, crazy songs are usually very short and don't reach three minutes a majority of the time; another reason for this is that these more frenetic tracks are what we've heard from the band before, and the more experimental tracks sound fresher and more expansive. Though the shorter tracks still hold weight, some proving to be quite catchy, as they are better than most bands attempting to do this sort of style right now.
I found the performances on here to be excellently captured by Hayato, who also produced the album. The guitars are loud and technical, but I wouldn't go so far to say that this is a guitar-based album, as there are several tracks where the guitars are slower and used more for atmosphere, hear Hellrise. The bass playing is also very well done, on some of the shorter tracks there's some very prominent bass-lines audible in the mix that end up just getting lodged in your head. The vocals have also shown a good leap in both screaming, utilizing a lower growl in a few tracks as well as some higher, almost chanting in the title-track.
Overall, I'd say that this is a release that the band should really be proud of, as it's diverse yet manages to sound very cohesive and together. I would have to say that from what I've read about this being a bit difficult to get into would be true, this is indeed an album that requires a few listens to really get into. If you like experimental metal with some more eccentric moments, definitely check this out.
Overall Score: 8.5
Highlights: Comfort, Devoid, Full Moon Night
Posted by maskofgojira at 4:19 AM