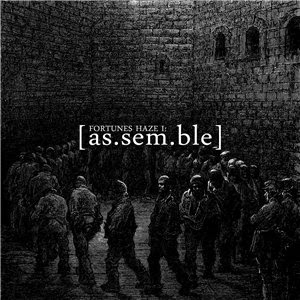 I've Never Been To An Assembly That Was This Interesting.

Look to Windward is a progressive metal project New Zealand. This is their debut EP and showcases some extremely talented songs in a relatively short format. The band has stated that these tracks are also going to appear on an upcoming full-length that is currently in the works.
I give these guys a lot of credit for stuffing a lot of ideas into only three songs and making them sound as solid as they do. On here there are hints of djent/tech metal groups like Meshuggah and Periphery as well as traditional stuff like Dream Theater and them there's some weird stuff that could be referenced to Mike Patton. In any case, this is progressive metal that is modern but still harks a bit back to old-school groups, and then throws in some of it's own flare into the mix as well thanks to their use of keyboards.
This band has definitely won my approval, as you can blatantly see, showcasing an extremely unique approach on progressive metal, something that isn't all that's becoming harder and harder these days. The songs on here are all over five minutes but manage to fit a decent amount of ideas, from the symphonic sections in Vad Askan Sade, the cleaner parts in Assemble, and the more straightforward moments in Danger Eyes.
Overall, this is a band I'm extremely excited to hear more from, as they have definitely impressed me. I think a full-length will only increase the awareness of this group as well as hopefully expand on the ideas present on this EP. If you like progressive metal, definitely check these guys out.
Overall Score: 8
Highlights: Assemble, Danger Eyes

Here's Their Bandcamp Page:
http://looktowindward.bandcamp.com/
Posted by maskofgojira at 11:19 AM