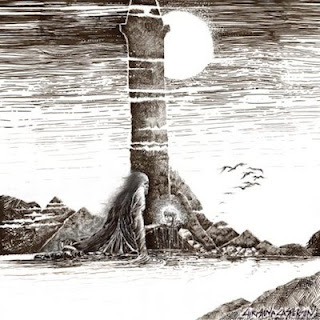 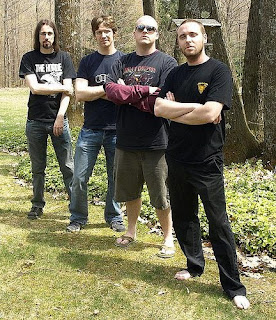 On The Waves Of Heavy Metal Thunder They Ride.

Dawnbringer is an extreme metal duo from Pennsylvania, now Illinois. Ever since the band formed back in the mid-90s, they have done metal their own way, never once following just one style. This is their fourth full-length and their first on Profound Lore Records.
To start off, I have to say that this is the first Dawnbringer album I have ever heard, I am not one to speak on their older material and can only judge the band based on this album. Having said that, there is nothing original to be found on this album, all of it's roots lead to old-school New Wave of British Heavy Metal, early 90's Norwegian black metal, and 80s thrash metal. The band play the fusion of styles perfectly and while this is not original in the least, it still kicks way more tail than most bands playing just one of those styles.
Way more than any other modern band coming out nowadays, this album has two things, riffs and balls. The riffs are catchy and melodic in the same way that groups like Iron Maiden, Angel Witch, Black Sabbath, or Venom had riffs back in their prime; and the balls, well, you just have to listen to the opening track So Much For Sleep to get where that comes from. Things on here are just so catchy and melodic that it's infectious, I honestly could help my head from bobbing or my foot from tapping during tracks like The Devil or Like An Earthquake. The stuff on here is just so memorable and catchy that it remains hard, for myself, to even think about a modern band, playing this style, being able to top this.
This is a guitar album from start to finish, the riffs are melodic, at times groovy as well, hear You Know Me for an example of that, and the solos are fantastic. This is a total throwback to the heavy metal of the early 80s with great guitar harmonies, gruff and manly crooning, with the occasional black metal scream, and more simplistic drumming. Plus this is a pretty short record as well, clocking in at just over 40 minutes, harking back to the days when vinyl records only contained about 45 minutes.
Overall, there isn't a lot to hark on this record about, it's great classic sounding heavy metal at it's finest. Even though this style, the more old-school 80's metal, isn't something I listen all that often, I only listened to this cause it came out on Profound Lore Records, this was just really good. If you like metal that has that old-school vibe that you've missed from the NWOBHM bands or the like, definitely check this out.
Overall Score: 9
Highlights: You Know Me, Like An Earthquake, Old Wizard
Posted by maskofgojira at 6:52 PM