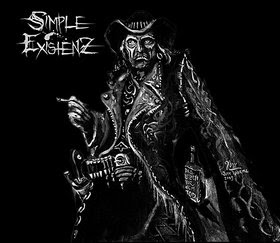 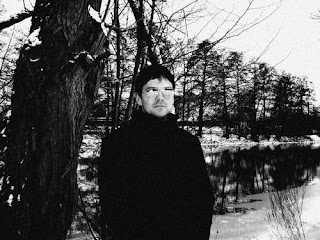 Bringing The Rock To The Roll.

Simple ExistenZ is a German atmospheric black metal project founded by Zorn. This is his debut release under this band and sticks to his usual style of playing black metal unusually. I have no prior knowledge of this band or album before checking it out, so this is hopefully a fresh listen.
Zorn, main-man of this project, did everything by himself, except having session vocalist Jander come in. Those familiar with obscure black metal will probably recognize both their names for being members in the avant-garde black metal band Nagelfar, where Zorn played guitar and bass, and Jander was their vocalist from 95 to 98. Since that project collapsed in 2002, all three members of the final line-up have been involved with bands and projects that have pushed boundaries, this is no exception.
Right off the bat, opener Der Sterbende Mann sounds nothing like groups associated with the atmospheric black metal genre, opting for a more orchestrated sort of sound. Throughout this one track, yes it is atmospheric, but the use of electronic sounds and soundscapes create a very unique vibe to the music that carries through the entire album. There are more than a few tracks on here that have that sound that the genre does associate with it's bands, but more often than not these atmospheres are much more grandiose in comparison to other groups and projects in that respective genre.
Another thing that sticks out on this record is the varying use of styles within this record. While the opener certainly exhibits plenty of black metal aggression, the tracks the follow it make forrays into folk, doom, and I dare say even classical music. This gives the music an immensly unique vibe that I can honestly say I never expected, even though I should have from simply knowing the the band members came from Nagelfar. Even the vocals on here, though not performed by Zorn, are just as different as the music, as all the lyrics are sung in German, you do get that style of low singing that I find extremely unique compared to vocalists from anywhere else, as well as your typical black metal schieks and in Auf Der Jagd you get some real screaming.
Overall, I can safely say that there wasn't a dull moment on this record for me, it was totally great. There's plenty of actual rocking riffs to keep fans of more 80's era bm happy, but enough darkness for all other fans. If you like experimental black metal that is outside of the box, but not too heady, definitely check this out.
Overall Score: 9.5
Highlights: Every Track Is A Highlight
Posted by maskofgojira at 8:52 PM