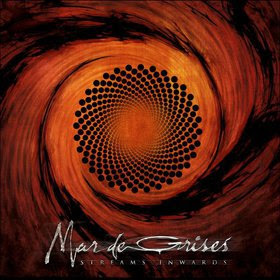 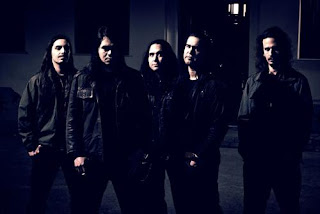 Streams Into Oceans Of Progression.

Mar De Grises is a progressive death/doom metal band from Chile. Following two acclaimed releases of melodic doom metal, this record, their third full-length, has received nothing but acclaim from those who've listened to it. Having been a fan of the band's older material, this might seem a bit different at first, but we'll see where this goes.
Mar De Grises have always been a band that have garnered the praises of those that have dared to listen to them, often impressing them with their unique take on death/doom, this is no different in that sense. The first thing that might surprise fans are that no longer are songs that top the ten minute mark on this album, none top eight, except the bonus track, making this more accessible to those that aren't so inclined to listen to lengthy tracks. The next big change is the use of more progressive and post-rock/metal influences, and though they've always been in the band's sound, they are much more apparent now than on any previous recording thus far, as this record seems to favor more atmospheric and ambient textures over crushing heaviness.
I don't think it's any surprise that elements of ambient music have crept into the band's sound, but the shear amount of which have come into this record are what might catch people off guard, as tracks like Shining Human Skin have lush keyboard melodies weaved throughout it's course. I can't say that any track on this album really ever blasted me with the same sort of intensity that tracks from the last two albums did, these tracks just seemed to evolve and flow, like streams, from one part into another.
With the more progressive and ambient influences comes a different listening style, as this was not as immediate as I would have liked it to have been, I ended up listening to this several times before finally getting into it. This is a metal record, but with all the atmosphere and textures, it doesn't feel as dark as other records, from other bands in the post-metal/rock and doom genres even. Tracks like the instrumental interlude Spectral Ocean or later on Catatonic North feature more spacey and ambient tones more than any sort of metal, though the latter does have it's heavy moments. Definitely the more spacey effects do add something unique to this band, though they were unique to begin with anyway.
Overall, this is a very good record that may not have been as immediate as I would have liked, but ended up being one of the best doom metal releases of year. This release, I believe, blows a lot of them out of the water, taking a very unique sound and making it even more experimental. If you like progressive, doom, post-metal/rock, ect. definitely check this out.
Overall Score: 9
Highlights: Starmaker, Sensing The New Orbit, Knotted Delerium
Posted by maskofgojira at 9:29 AM