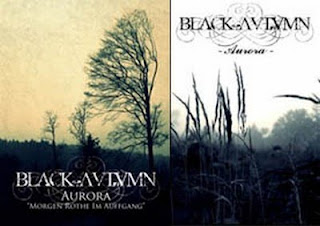 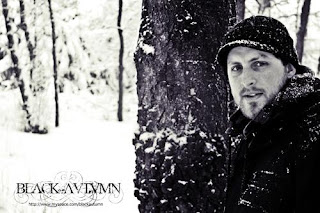 Walking In A Winter Wonderland.

Black Autumn is an atmospheric black metal project from Germany. The project was formed back in 1993 but a debut release was only released ten years later. This is his third full-length he's released since his debut full-length 2007.
This is my first album experience with Black Autumn after having heard his work on a compilation from Abridged Pause Recordings, which impressed me enough to check out this record. This record is, from what I've read, more atmospheric and ambient than his older work which were more harsh and "depressive." After listening to this album, both elements work together for most of this record, and quite well if I might add.
While the introduction track, Aion, is quite slow going and more atmospheric, I found the real opener, The Threefold Life, to contain a good balance of the two sub-genres. This is easily one of the most adventurous albums I've heard that has been put into the depressive genre, as the use of electronic beats on Seven Spirits and Aurora don't come up that often in other projects that are usually put into that genre. There is also a highly prominent use of synthe on the album as well, ranging from typical atmospherics and symphonic stuff to more electronic drones. While the use of electronics isn't anything that's original in metal, I have yet to find a project that uses them this effectively within the depressive and atmospheric genres.
The production on this is also well done, it's not clean, but not a mess. Things on here have their place, this keeps true to an aggressive black metal sound, but it's modern sounding as well, almost mechanical during some parts. While it's not the best, it is easily one of the better production to come from a band labeled with ambient, depressive, atmospheric, etc. that I've heard.
Overall, not a bad release by any stretch of the word, a very solid record. Definitely a release that I didn't expect to impress me as much as it did, this makes me want to check out the other two full-lengths that preceded this even more. Definitely worth checking out if you want to hear the alternative to Xasthur's noise assault take on atmosphere, really cool.
Overall Score: 8
Highlights: The Threefold Life, Seven Spirits, Paradigma
Posted by maskofgojira at 6:24 PM