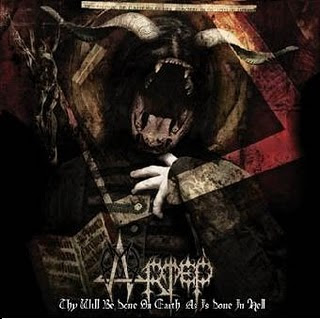 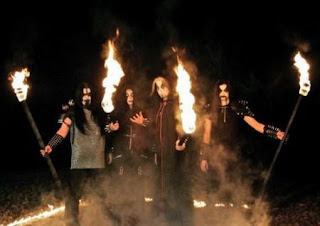 Artep is a symphonic black metal band from Canada. The band had it's beginnings in 2006, steadily building their fan base and honing their style. This is their full-length debut, having released a demo and EP before hand.
Let's set it straight right off the bat, this thing opens like a cheesy 50's movie score, with a title like Birth of The Antichrist, another check for cheesy, these guys don't exactly make the best first impression. Other song-titles don't fair as well either, you have your typical black metal titles like Antichrist, Armageddon, and Black War; yet I found that the music is quite solid despite this. There is some solid playing on here and the record is pretty consistent and unrelenting throughout.
Probably the biggest gripe I have with this thing, besides it being overtly cheesy in some spots, is the production on the drums. The drums sound like they were recorded on tin-cans, seriously, after a while the sound from the snare just begins to become a grating experience. The bass-drums fare better because they sound because they are triggered, and unfortunately, lower in the mix then the snare. As for the other musicians, the drummer can be included as well, they are all fine players, crafting some cool melodies while keeping things aggressive.
But, like the title above says, there is more than a little influence from Dimmu Borgir on here, circa "Spiritual Black Dimensions." The keyboards on here often are used to add dynamics that would otherwise most likely be missing. The keyboards also add quite a few things to this album, aside from the standard symphonic backdrop. On tracks like Eruption and Crossing The Acheron, while the symphonic touch is still there, a more prominent touch of atmospheric black metal is used, the latter track also makes use of some really cool neo-classical parts as well.
Overall, this is a rather decent release, some cool parts, some bland ones as well. This is still a new group so you can't hold it too hard against them for sounding like their influences, but there is definitely some cool riffs on here. If you like symphonic or atmospheric black metal, you should check this out, might be your surprise of the year.
Overall Score: 6.5
Highlights: Eruption, Crossing The Acheron, Eye of The Serpent/Oko Hada
Posted by maskofgojira at 1:55 PM