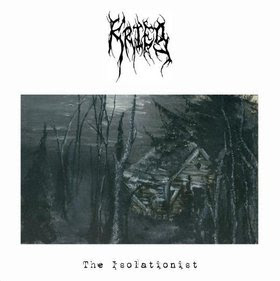 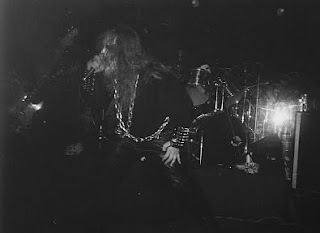 Krieg is a black metal group from New Jersey. The band formed in the mid-90s slowly releasing material through splits, demos, EPs, and several albums. This is the bands return after taking a hiatus for a few years.
This is my first experience listening to Krieg in quite a while, I'll say that right now. Originally discovering the group when I went through a phase of listening to groups like Xasthur, Leviathan, and Nachtmystium, discovering America's own brand of black metal, and getting into the self-titled debut from super-group Twilight was how I first came into contact with the band. I can't say that I was overly impressed, as at that particular time I was still getting used to the production aspects that were less than stellar on some of the aforementioned groups recordings, and the songs that I had heard didn't really stick out to me at the time. A few years down the line and I find out about this new album, with a title that I particularly find intriguing, so why not listen to it.
With a title like "The Isolationist" I can't imagine anyone thinking that this is going to be uptempo, cheery, or bright sounding in the least; but then again, with what this album brings to the table, you really don't need any of the above. This album sounds like it was written by someone in a time of isolation away from people. This thing is aggressive, morose, depressive (but not in the sub-genre way), and violent, while retaining an atmosphere that recalls that of the genre's older generation while being meditative, if that's the right term, enough to capture a more modern generation.
Yet, for how aggressive and malevolent this album is, it maintains a melodic streak that stops it from becoming a parody of all things that Norwegian founders based the genre on, hear All Paths to God. The depressive and atmospheric elements found on the album however are far better exhibited and vocalized on here than on almost any other album, as they don't sound like every other bedroom project out there and the music behind the vocals is actually quite dreary and downplayed. The rest of the album also keeps a pretty good grasp at the core sound of the band while making each song different from the next, ultimately making an album that is well-crafted and diverse. There are more then a few songs on here that are more mid-tempo rather than all-out aggression, hear And The Stars Fell On; songs like these prove to be the more accessible side of the band, as more melody is usually integrated within these tracks.
Overall, I'd call this an incredibly solid album that should be able to appeal to a lot of people. While this is not my favorite black metal record, I can now see why Krieg is so respected within the black metal scene and I can now say that I am a fan. If you like black metal that's a little melodic, a little atmospheric, a little depressive, then check this out if you haven't already.
Overall Score: 8
Highlights: All Paths to God, Blue of Noon, Decaying Inhalations
Posted by maskofgojira at 8:26 AM