All That Remains - For We Are Many 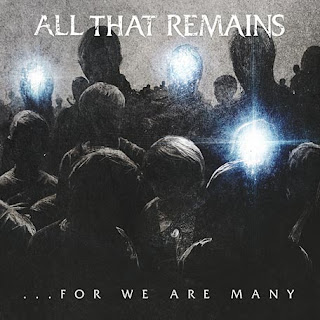 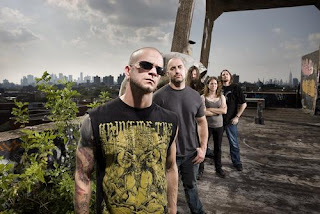 We Are All The Same.

All That Remains is a melodic death metal/metalcore group from Massachusetts. After recording what many considered to be a safe, as well as drift from the heavier sound of their previous releases, with 2008's "Overcome," they claim to have returned to the more metal side. This album also sees the return of their long-time producer, Adam Dutkiewicz (Killswitch Engage).
Starting off, this album certainly does open in a heavier manner, the title-track, For We Are Many, beginning with a track that is complete with growled only vocals as well as a more melodic death metal styled riffing. This track is one of the few that makes use of growling vocals as the main vocal style, but there is enough variation throughout the song between different styles to keep it entertaining, if not more so than some other tracks. The rest of the album then picks up in a manner that does take pieces from their last two releases and puts them together, to varying degrees of success.
Fans of the band's usual style don't really have a lot to worry about, as the band tend to stick to a pretty structured formula for the majority of the album. Probably the thing that makes this album most similar to the last one is the use of radio-friendly, if not more arena-oriented, choruses that just stick in your head. Tracks like Won't Go Quietly or the first single Hold On fit into that box perfectly, with huge sounding melodies that just make you want to hear them over and over again.
Fans of darker and heaviest aspects of 2006's "The Fall of Ideals" will also find this release to appeal to them as well, with vocalist Phil Labonte bringing back the lower, pig-growled vocals in tracks like Some of The People, All of The Time and Dead Wrong. However the majority of the vocals on this record are done cleanly or his typical growling style. While being a fantastic vocalist, Labonte makes use of the odd style from the last release where he sings cleanly and has screaming underneath him, a style that just doesn't appeal to me at least. But to reiterate here, the choruses throughout this record are just fantastic and have great melodies that just stick in your head.
Overall, I have to say that this is a good, solid record that has plenty of catchy melodies. I don't think that long-time fans or newer ones will be disappointed by this album, as it's a nice middle ground between their heaviest side and their melodic rock side. If you like melodic death metal with a foot in more mainstream rock music, definitely check this out.
Overall Score: 7.5
Highlights: Some of The People, All of The Time, From The Outside, Keepers of Fellow Man
Posted by maskofgojira at 7:00 AM