As Light Dies - Ars Subtilior From Within The Cage 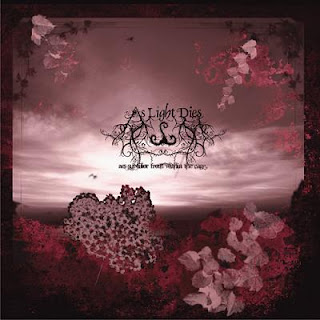 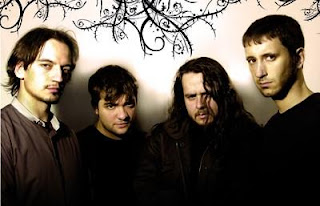 The Spanish Inquisition Has Arrived.

As Light Dies are a four-piece progressive black metal group from Spain. This is their second release following a rather well received debut back in 2006. They are known for their unique take on the progressive genre by infusing more extreme elements of metal with more unorthodox methods of playing.
The style from the debut album, "A Step Through The Reflection," is carried out on this album but feels more fully developed, as one might hope hearing a band's evolution. Essentially, As Light Dies combine elements of extreme black and death metal with influences from neo-classical music, jazz-fusion, and symphonic music in a unique fashion that reflects some bands yet not in the most obvious ways. There are definitely moments of Cynic-esque fusion breakdowns, Opeth-like progressions, and Emperor influenced intensity, but they never overshadow the band's own sound.
The use of a violin player in the band certainly does have an impact on the overall sound of this album, within the first real track, The Disinherited, the band move from technical riffs to odd jazzy solos, to the point where the violin goes into an almost keyboard sounding section. The use of the violin also never makes the band feel symphonic in any ways, as it mainly follows along with the guitars, which, while it is noticeable, gives a darker vibe to the riffs. Though right now I'm kind of discrediting the other musicians, who are capable indeed, the violin, as stated, follows the guitars for a good portion of the album, while the bass provides a very solid groove that makes some of the changes more fluid than the could have been.
For all it's prog and unique style, the interludes leave me on the fence. Musically, they are well performed, the more ballad and piano based into, The Very End, is a good introduction, but Die Letze Fuge Vor Der Flucht feels a bit out of place with it's more hymnal organ sound. But I feel that it has to be reiterated that while they might not really fit with the overall style of the album, they are well performed and sound really good. I also believe that filling up this album with four of the eight tracks being interludes rather disappointing as well.
Not to say the rest of the album is entirely flawless either, the quick electronic break in Trapped In Flesh feels a bit forced and unnecessary. I feel this album would have fared better if the band performed in the same sort of way they did on tracks like Sombra Y Silencio, where they were both progressive, but they moved into directions that fit the song. Though I do believe that the more extreme style switching in Insignificant Among Insignificance is appropriate due to the almost burst of aggression that seems to direct that track specifically.
Overall, I do feel that this is a rather decent album from a band that has clearly found a unique sound, but it is still not a masterpiece. The band can continue in this path, but hopefully a better sense of songwriting begins to develop in order to retain any sort of catchy songwriting among all that happens within a given song. If you like progressive or symphonic metal definitely check this out, this might be the surprise of this year for you.
Overall Score: 7
Highlights: Le Nebuleux Sentier, Sombra Y Silencio
Posted by maskofgojira at 10:14 AM