Breach The Void - The Monochromatic Era 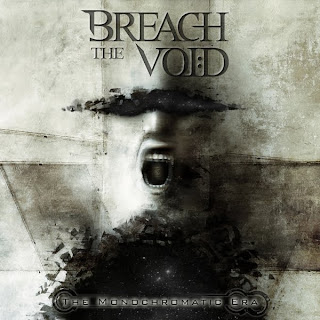 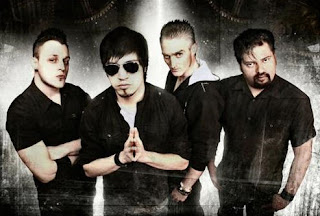 Breach The Void are an industrial/groove metal band from Switzerland. The band was formed by drummer Alex Anxionna (ex-Sybreed) and was used as a means to convey his approach towards more melodic metal with futuristic electronic soundscapes. This is their debut album and is following up much hyped individual tracks released throughout recent years.
Having never really given Sybreed a chance I can't really comment on the comparisons that people have been making about this band, but I can say that this album easily takes the more industrialized edge of a band like that and does what Mnemic did on their first album. This album focuses on heavy grooves and melodic vocals lines to draw a listener in while the electronic elements are used more for ambiance. Your average song is based on a lot of technical patterns that you might not think goes too well with the way the vocals have a clear line of melody coasting through them, but it works well enough.
I can safely say that since Anxionna formed the band, his drumming is a lot more upfront than it probably should have been in the mix, not that it's all that bad, just a fact. The guitars, and bass, follow along with the drums for the most part, following very staccato drum patterns throughout the album, hear Retribution Engine. If you were looking for a band that was a bit more guitar based, you might be disappointed by the lack of solos, unique riffs, or technical wankery, they're there mind you, but you might be able to find enough within the grooves created. But to go back to something mentioned earlier, how this album is similar to Mnemic's debut album, this record favors groove and unique industrial sounds while still fitting in melody and structure, but has a sound that isn't quite unique as much as it is identifiable.
About the first half of the album has been put out before this album was officially released in demo form. A song like Propagate pretty much sounds the same as it did on the demo, but tracks like Customized Genotype and Falling have undergone a production enhancement as well as some vocal changes. Having said that, the second half of the album, to my ears, is all new material that is similar to the earlier songs but maybe a bit more evolved and full sounding in comparison.
Overall, I would say that this is a very solid debut album that should please all those waiting for it. I can't say that this is totally original or unique, but there's something there and hopefully the band manage to harness that unique sound in future records. If you like more groove and electronic influenced metal, check this out, a lot of people are already saying this is a masterpiece.
Overall Score: 8
Highlights: Subversive Mind, Customized Genotype, Ruins
Posted by maskofgojira at 2:06 PM