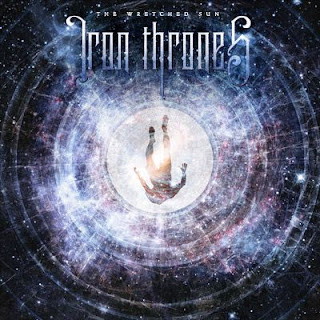 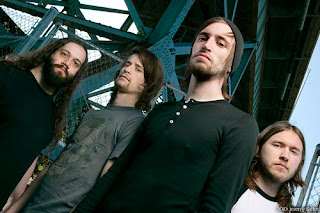 Iron Thrones is a progressive death metal group from Minnesota. The band originally released their debut album, "Visions of Light," independently back in 2008, they set out to make a name for themselves. After winning Scion's "No Label Needed" contest, they were able to record this EP.
Those that have listened to the debut full-length will have already made the connection that Opeth had on this band, as it was quite obvious how much the band struggled for that sound, this EP doesn't abandon that sound, but takes it in their own direction. Before talking about the sound on here, it has to be said that the length of this EP trumps several albums, as the entire length of this release is over forty minutes. Back to the music though, they're are obvious improvements with every performer on this recording from vocals to song-writing and guitar playing.
First off, the Opeth sound alike vibe is much less prominent on these songs, as the band seem to have shifted towards a more moody sort of sound. The songs range from more technical, Ever Flowing, to more progressive, I Once Had The Crown, and even pull into softer territory, Forever Glowing. This album certainly, to me anyway, seems to pull more from post-metal groups like Isis or Cult of Luna, as some of the riffs on this album seem to draw out more while the softer moments build like the aforementioned groups.
The vocals, as mentioned before, have improved on this album as well. Gone are the use of clean vocals that are ear-sores, clean vocals are used effectively and rarely, Against The Grain and And The Sky Came Falling Down, prove to work during the climax of the former track. The rest of the album features a much improved growl and scream usage, whether going solo or used together to create a massive vocal wall, the few times it is used does work to their benefit.
Overall, this is a very solid second release, one that tops their first record, which is impressive. While this may not be the most original sound out there, the band are starting to find their own voice, and it's sounding good. If you like progressive, death, or post-metal this should appeal to you like it has appealed to others.
Overall Score: 8
Highlights: Ever Flowing, I Once Had The Crown, And The Sky Came Falling Down
Posted by maskofgojira at 8:25 AM