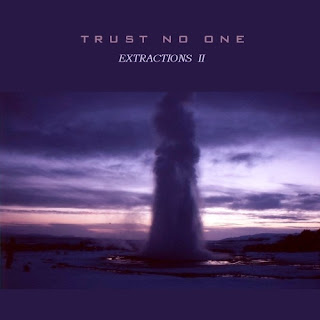 Quiet Down Over There!

TrustNo1 is a progressive rock group from France. This release is their fourth overall album and for some reason, an album that does not continue anything from a previous album, despite having II in it's title. Their style is a mix of old-school prog with more recent elements of newer prog groups.
This album follows closely in sound to what yesterday's Ephemeral Sun does with their own. You won't find a lot of heavy rock moments on this album, though there are references to more modern heavy acts, the main vein of their influence appears to stem from artists like Porcupine Tree, for new, and Mike Oldfield, for old. With that being said, I think it can be assumed that this album is very mellow and laid-back, not heavy and groovy, but I'd say it's even more spacey than Ephemeral Sun's record, despite the fact that that band is label ambient and this one isn't. The spacey atmosphere I'm willing to give away given the track Spacerun is obvious in it's debt to elements of new wave music.
A lot of the songs on here, despite owning a great debt to the artists listed above, have a very 80's vibe to them. Tracks like Shining Shores of Gold and sound like synthe ballads, ones that happen to be very cheesy by the way, but no less enjoyable. But, in my opinion, as with a lot of 80s music in general, this leads the music to sound a bit more upbeat, happier, than I usually like it.
No matter how much I enjoyed this laid back approach to prog rock, I found the vocals very irritating. For how creative the musical side of the band was, creating lush atmospheres and soft textures, the vocalist was just sort of monotonously talking over it. I don't know if it's his monotonous tone or just his style that annoys me more, but luckily he doesn't sing all that often on here to do a disservice to the music. What actually managed to strike me however was the fact that most of the vocals on this record sound like they're done through a vocoder, hear tracks like Frost or Worthless.
Overall, this is a decent record that has it's moments that will please some and disappoint others. I can't really say that this is a record that really drew me in and captured my attention and imagination, but it had some nice, lite parts on it that should please fans of softer, melodic music. I can't really recommend this to people that want prog rock, but if you like more new wave/atmospheric rock, this would probably be right up your alley.
Overall Score: 5.5
Highlights: Biker Fever, Insides Out, A Tear In The Dew
Posted by maskofgojira at 12:15 PM