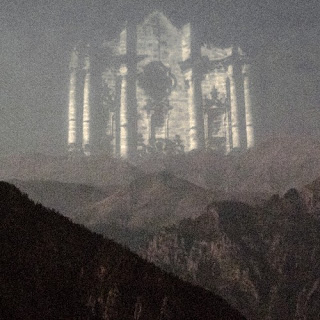 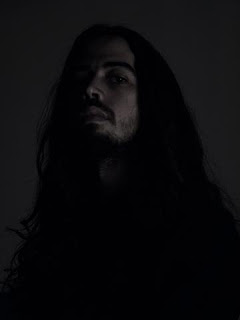 Last year when I became acquainted with the project known as Yayla, I only had a vague idea of what the project was about. After hearing, and reviewing, the Sathimasal album from last year I discovered that the project had already put out another album that year as well as one back in 2011 as well. I figured I'd give this one a shot to see what progression had been made since the album I had heard.
Just as the album above did, this album also opens and closes with ambient pieces. While they're perfectly fine, I never felt engaged or all that interested in them - I'm sorry to say. I apologize because those two tracks make up just over ten minutes total of this album, ten minutes of just over fifty is quite a lot of time, at least in my book, to not care about what is happening. I don't have any qualms with the idea of opening or closing an album with ambient pieces - I've certainly done it on my own releases, but to extend them to five minutes and make them so uninteresting for the listener is quite a bad way to open up an album. No matter how much a musician says they only write music for themselves, if they're releasing it or having it released by a label, they want it to be heard, and to me, having an album's first five minutes doing nothing worthy of even caring about is not a good thing. Just my opinion, but feel free to disagree.
Aside from that, the other three tracks on this album, the three that are actual tracks that is, are along the same lines of what you heard on the aforementioned album as well. You have epically long black metal tracks that have more of a focus on atmosphere than riffing or memorability - for better or worse. I'm certainly not a song snob, if a song can remain engaging and not have a single interesting riff or memorable part in it, I'm not above saying it's a good track, but a song has to be just that, engaging. Unfortunately, the majority of these three tracks is just one played out riff after another. If you've listened to a handful of traditional black metal records, you've heard these riffs before, only they weren't stretched out for as long a period of time. But hey, even drone music has it's good parts right? Yes, and I guess you could say that is where this album succeeds. These songs pretty much go on forever, with little to nothing new happening (in terms of things you haven't heard before, not changes in the song), which in some cases can lull someone into a state of hypnosis, but not in this case. Each song just goes on and on and on and it just feels like an ordeal listening through each one. I hate to be so negative on an album by a project that I was actually pretty keen on before, but this album is just one, long bore after another. Yet, maybe surprisingly enough, the easiest track to listen through was the longest, the album centerpiece Immortalizing The Nine. It's the only track on the entire album that manages to grab me with an interesting riff and make me listen for a period of time. This track had a bit more of an aggressive industrial vibe going on that, despite the drum programming, wasn't all that present on the other two tracks.
Don't mistake me for hating this album, despite all the negative things about this release, I certainly don't hate it, I was just extremely bored by it. Maybe Emir Toğrul's next record will be something I can get behind. I can only hope people who do like this continue to support this project because they guy who does it seems like a nice enough guy, I just can't endorse this album.
Overall Score: 5.5
Highlights: Immortalizing The Nine
Posted by maskofgojira at 9:32 AM