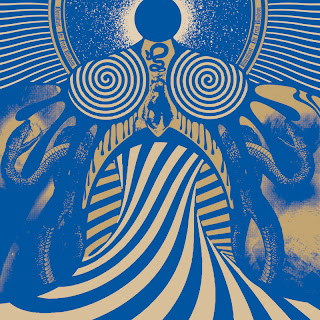 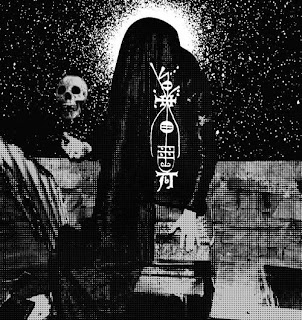 I remember first starting to dive into the world of underground black metal (beyond the well known groups and the pompous symphonic stuff) and finding some nice blogs where such bands were posted about. Not that I knew it at the time, but Wormlust was one of the bands from that period of discovery that has actually stayed with me - even if it was just because of the name. Since the release of The Opium Sleep demo back in 2011, I had actually thought this project had disintegrated, but was gladly proven wrong.
Ok, I don't know how many other people thought this as well, but in my past experiences with the recordings of Wormlust, I have always viewed the project as a sort of "post-black metal" style. You know, the ones who pretty much took what a group like Alcest was doing and did that. It was a bit rawer, a bit more on the ambient side with not as big an influence coming in from post-rock, but regardless, I always considered the project to be in that genre. When I listen to this album, I don't get much of that at all. Is it still there? Yes. But it was almost everything else that hit me in the face when I first pressed play that got me. Unlike many of the other one-man bands that stemmed from this same genre, this one appears to have taken on a far more radical shape that I for one never anticipated, especially seeing as I thought the project was no more. What you have on here are four tracks that make use of that post-black metal sound, but pretty much to the same degree as a band like Blut Aus Nord or Deathspell Omega use it. Opener Sex Augu, Tólf Stjörnur is a real barnburner. The track pretty much explodes with a BAN and DSO styled chaos. It's controlled but with all the dissonant chords and blasting drums it feels more in line with those groups than anything I've heard Neige put his name to.
I have to say that while the rest of the album doesn't maintain the same level of ruthless intensity as that opener, they are far from a let down. Djöflasýra brings a much more mid-paced ambiance to the table that is, on one hand more in line with the sound I expected from the project, but on the other is still very chaotic and caustic sounding at times. For as much as I love some good post-rock and shoegaze influenced black metal, the dissonance a lot of the riffs used not only in this song but on the entire album, do cast a new light on the genre. While I mention BAN and DSO, the resemblance strikes me more to the ladder's recent EP Drought. Granted this is far more atmospherically laden and nowhere near as raw or intense as that EP was, they carry the same sort of sonic palette, of sorts, in the sense that you have crazy guitar riffs being played in such a way that they actually create an atmosphere rather than just spinning off into the abyss or somewhere. However one does have to say that the use of synth and keyboards on here is far more prevalent than that of DSO. The second half of the album retreats even further into ambient led passages with closer Iður úti falling into ambiance for the majority of its running time. It acts less as an act of frantic aggression and more as a melancholic anchor that holds down the album; and I don't mean that in a bad way. It's the closest link to the project's older material while continuing to be quite different from it as well.
This was quite the little surprise for me, not only finding out that the project was still in tact but also that the album was very different from what I expected. With all the praise that groups like BAN and DSO have received, I expect that this will polarize plenty of people who will either say it's amazing and those who say it's just a rip-off of the aforementioned groups. Personally, I really dug it and I hope whoever reads this does as well.
Overall Score: 8.5
Highlights: Sex Augu, Tólf Stjörnur, Iður úti
Posted by maskofgojira at 8:15 PM