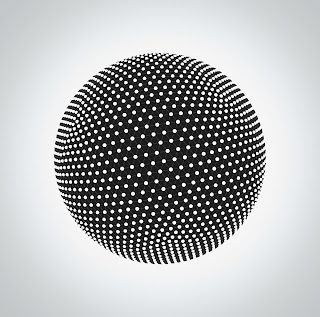 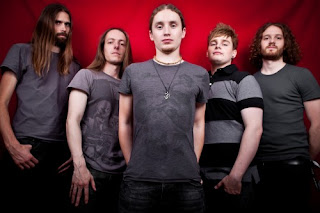 Back in 2011, TesseracT really grabbed me with their stellar debut One - which wound up being my fourth favorite record of that year. Since then, the band has gone through two more singers, Daniel Tompkins and Elliot Coleman, before finally landing on Ashe O'Hara. After hearing the band's newest single a few months back I was excited to hear what the rest of this album would sound like and if it would live up to their debut.
I have to say, after hearing the band's Perspective EP last year, I was quite excited to hear what the band would do with Coleman as a vocalist, but I guess we will never know what the band and him would have come up with. In the case of O'Hara, I was not familiar with his other band Voices From The Fuselage but when I heard the single version of Nocturne, I was definitely sure that he could live up to expectations. His voice was a lot closer to Tompkins' than Coleman's was, so it's easy to see why fans were a lot more accepting of him than his predecessor had it. Based off of that single, it sounded like the band was continuing with the sound they had established on their debut with the djenty grooves, a lot of ambiance, but with more of a focus on clean vocals - which I was just guessing at the time when I first heard that single, but has now been proven correct.
It has to be said, based off of the several listens I have given this record, I do not find it to be as song an album as their debut was. This new album certainly isn't bad, but I don't think the song(s) live up to what that initial single had going for it. When the band announced that this album would be essentially one long track being broken up into ten shorter pieces, I was excited because the six tracks that made up Concealing Fate definitely led me to think that the band had a talent for writing these more progressive epics where you had sections that would happen once and then happen again in another track later on or where similar melodies would be repeated, this album does not do that. I realize it doesn't have to in order for this to be a continuous track, but my main problem with this album is that it doesn't feel like a single track. I'll give it to the band that they definitely linked together to four sections, but those four never feel like they were joined together (at least to my ears); and those four sections, beyond being linked together, never felt like a continuous track in terms of anything beyond the lack of a fade or stop in the previous track. In addition to that, I can't recall any repetition of grooves or melodies throughout different sections. I also have to say that whereas on the last full-length, there was at least one thing in a track that had me coming back to it over and over - whether it was a groove or a chorus or whatever, it had memorability and definitive replay value. In the case of this new album, there are some songs like that, but definitely not all of them. From the multiple listens I gave this album I never felt the need to return to tracks like Resist or Exile.
My problems have nothing to do with the removal of more aggressive vocals from the equation or the band saying they wanted to pursue a more epic (their word, not mine) and melodic direction, it simply stems from them not making it feel like a single track (or a single section) and that some tracks are just not as well written as others. I'm sure there are plenty of other people out there who will disagree with me and probably vent their frustrations through comments in either this review or on another site, but I can't lie and say that I felt like this was either a cohesive piece of music or that more than a couple of songs stayed with me beyond the end of this album. I've not above saying that I think O'Hana is well suited to the band and does a good job or that the production and inclusion of a sax in a few of the tracks is well done either, but as a whole, this album did fall short for me.
Like I just mentioned above, I'm sure there will be plenty of people out there who disagree with me (I've seen the comments on other sites already before I've even posted it, so I know what people are thinking). There are certainly some good points on here, but it's not a masterpiece and it's not as well crafted as their debut. Worth a listen if you're interested in modern prog-metal and rock but I can't say this was a whole memorable experience.
Overall Score: 7.5
Highlights: Nocturne, Palingenesis, Singularity
Posted by maskofgojira at 10:30 AM