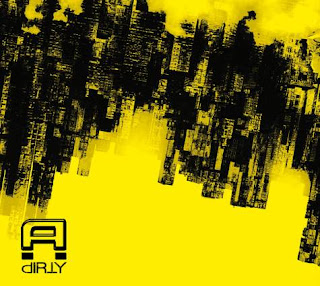 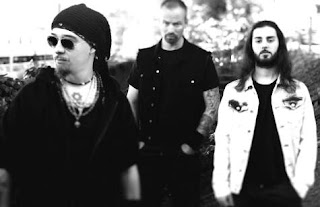 Even since I discovered that Attila Csihar actually did things outside of Mayhem for a long while (this was several years back) I've been a fan of Aborym. The sound of this band has always been one that I was actually surprised never crossed over to more people. Nevertheless, they've always appealed to me and I was certainly excited when I heard about this album.
I have to say, when it comes to album titles, this one may be the most fitting to an album that I've seen so far this year. In listening back to some of Aborym's previous releases, I have come to the conclusion that this is indeed their dirtiest record, and definitely ranks as one of their fiercest as well. The entire thing is covered in this sort of layer of industrial noise that was not present on the last couple of releases. Also, gone is the more progressive and expansive ideas that were present on 2010's Psychogrotesque. In place of those more experimental ideas is strong songwriting and this gritty edge that I haven't heard in the group's sound since their 2001 breakthrough record, Fire Walk With Us!. It's dark and strange and very aggressive, even in comparison to the band's early work. The guitars are distorted and sound very raw, while the drums definitely utilize some of their most industrial sounding beats to date - though the variety is certainly still there. But I think the most shocking thing about this record, beyond all that I just mentioned, is the perversion, or at least the sense of perversion, that I get while listening to this record.
The lyrics on this record fit the more noisy and harsh tone to this record. While I have always taken the band's more occult and satanic based lyrics as sort of just a face value level, I felt like their lyric writing definitely improved a lot on their last full-length, and this record takes things into a bit of a different and unexpected direction - or at least that's how I interpreted it. Tracks like Irreversible Crisis and Raped By Daddy just have those little hooks that dig themselves into your brain and refuse to leave - despite the subject matter that is described. I hate to say this because I know there will be plenty of people out there who will misinterpret this, but there were a couple of spots on here, where clean vocals were used, that I got sort of a nu metal or power metal vibe from. Though I mean that in a good way, not the very, very bad way that it probably will sound like when I bring that up in a review.
I also do not want to make it sound like this is just another industrial black metal record with on defining characteristics other than it's noisy and raw. Frankly, while the band come out on top in that department, making these songs very accessible while making sure they also retain that distorted edge, the most interesting thing is how they utilize atmosphere on a handful of tracks on here. The aforementioned Raped By Daddy features an extended atmospheric build during it's bridge and outro that made me do a double-take to make sure I was still listening to the same song I started out with. Other tracks like Across The Universe and I Don't Know are a bit more schizophrenic with how their atmospheric sections are used in conjunction with their more distorted ones, but are by no means bad. On more than a few occasions I did think that I was listening to a modern (and black metal rooted) interpretation of Godflesh's seminal Streetcleaner. Just like that album, there's a balance between more heaviness, aggression, and atmosphere, though, frankly, this is a more fun record to sit through than that one is (at least in my opinion) since that record is more oppressive and like a weight pushing down on you and this one is more like a fist in their air (IE. two different sort of listening experiences).
I really dug this album, though I'm sure that came through in the above paragraphs. Control Human Delete's recent record, The Prime Mover, was what I wanted in a forward thinking "industrial black metal" band, than this is the other side of the spectrum, instead of clean and polished experimental idea, it's dirty, noisy, and focused, and I can still love the hell out of it. This is just a dark and fun record to listen to where the band are clearly in their comfort zone and are just writing aggressive tracks that are a blast to listen to.
Overall Score: 9
Highlights: Irreversible Crisis, Bleedthrough, The Factory of Death
Posted by maskofgojira at 11:26 AM