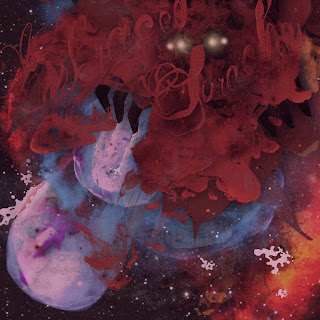 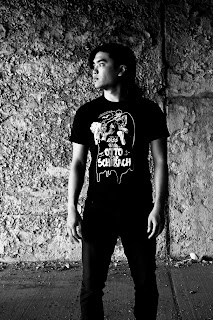 I first covered Surachai's EP To No Avail a couple of years ago and was pretty impressed with it after reading a couple of good things about it. I haven't really been keeping tabs on the project since then though and was somewhat taken aback when I was told about this new full-length being released. I was going to cover it anyway but when I got a message from the man behind the band himself I put it at the top of my "listen to immediately" list.
Sonically, I can't really say that Surachai's sound has changed too much since the release of the aforementioned EP above, but that's not a bad thing in my opinion. The black metal portion of his sound definitely brings to mind groups like Krallice and, to a lesser extent, Liturgy with the use of the higher end of the guitar to construct dense walls of melodies. But perhaps the biggest shift has been in the department of the drumming, performed to perfection on here by Charlie Werber who gives the entire thing a very jazzy feeling. He certainly blasts with the best of them, but it's all his interesting fills, cymbal work, and breaks into oddly timed grooves that proves to be the highlight on here. With all the high intensity tremolo picked guitar lines going on for the majority of these tracks, it's his drumming that really keeps things on a down to earth level. It's an interesting dichotomy between the ways the guitar sort of wind together on both channels of the speaks (or the way each one is panned to a side) while the drums feel so clear and present in the middle. At times the drums appeared to come through clearer to me than the guitars to be honest. That's not to discredit the guitar work, because I certainly enjoyed it - Sentinel being a great piece - but the way it was present, it just felt like the drums overshadowed them a bit. Not bad, it's probably just the way my ear heard it. The other two tracks on here, opener Ancestral and closer Surrender are by no means weaker pieces though, with the former being a complete rush for the majority of it's running time and the ladder being the most tense piece on the entire album. The three perfectly compliment each other, with aggression leading into melody leading into chaos, hopefully that's not giving too much away.
Then there's the other side of Surachai's sound, which is the electronic stuff. The industrial effects, the ambient textures, the droning feedback, the melancholic field recordings - all that stuff which is, for the better part of this album, reserved for closing each track. I'm not quite sure how I feel about that. In one sense, I'm partial towards it that way because it doesn't break up the intensity that the "main" portion of a given track presents, but on the other, you're left these sections which feels tacked on. I'm certainly not opposed to the electronics being given more of a place in the music, I just feel sort of let down that it's like you have these two separate sides of the project and Surachai is trying to find a way to bring them together, but the only solution thus far is to just put two tracks together, a metal one and an electronic one, and the result just sounds like two tracks were stapled together and that just didn't satisfy me.
Overall, I dug this album, I had a slight problem with the way two sides of the project were presented, but neither was done badly. All I can hope is that the two sides either stay completely separate or are joined into more of a single being on a future release. Definitely worth looking into if you're interested in some pretty cool electronically tinged black metal.
Overall Score: 8
Highlights: Sentinel
Posted by maskofgojira at 12:33 PM