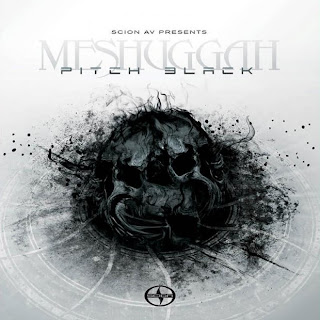 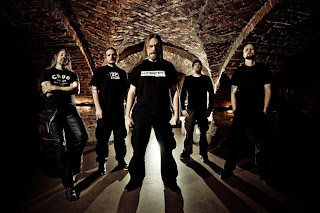 There really is no other band out there like Meshuggah. Despite all the djent bands popping up and ripping them off, none have really captured the essence that is Meshuggah. So when this two track digital EP dropped earlier this year, I definitely made a grab for it as soon as possible.
As soon as the title-track of this EP opens I was just there. That drumroll into the 8-string groove just took me to that place that only Meshuggah can. As I said above, there are so many djent and groove metal bands out there now, and so many of them are just ripping off what Meshuggah does but none of them can touch the way they write. Even if this song was a B-side, it still has that atmosphere and touch that no other band can touch. Frankly, it works perfectly when put alongside with the live version of Dancers to A Discordant System because it sounds like it came from that same era (if it did come from the Obzen album please correct me). It carries with it that same sort of mechanical tone that the songs from that record did; also, despite what several people have said about the song, I still find it much more interesting and headbangable than dozens of other songs out there by wannabe bands or otherwise. Though I sort of wish that Jens was doing the vocals over it instead of Fredrik or Tomas. I'm not usually one for live albums or tracks, mainly because if I have the record than I don't need to hear how a song sounds live unless I see the band, but it's weird how the track actually matches its recorded version, if not being just a bit heavier. It's just as impactful as I could have hoped.
Maybe I'm being blinded by my adoration and love for this band here, but I thought these two songs were a worthy addition to my collection. The fifteen minute escape that this EP provided me was well worth it. Definitely a great EP, though not wholly satisfying. Hopefully it won't be another three years (from this EP) for another full-length from the band.
Overall Score: 7.5
Highlights: Pitch Black
Posted by maskofgojira at 8:08 PM