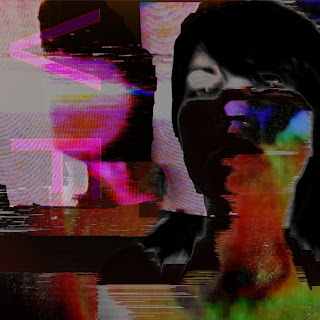 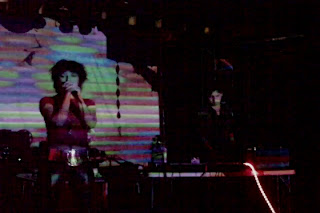 I'm not one to typically listen to synth pop or even gothic based music in general, I dig some stuff, but the majority of it just isn't my thing. I find most of that entire culture (goth) to be somewhat dated and am nowhere near as interested in it as I was at the beginning of high school. So I have to wonder where R. Loren found this little goth pop act and why he decided to pick them up?
It's not even so much that I dislike the music itself (I dig just as much Joy Division and The Cure as anybody who would have rather stayed at home than party in high school = no social life) but I just got fed up with the culture itself and most of the music I heard was sounding more and more one-dimensional. This two person act makes use of all the things that I typically hate with pop music, in general, not just goth music. The beats are simplistic and flat, the vocals feel very mopy and lazy, and the synth work is minimal at best. At times this made me think of that whole witch house sound that was popular a couple of years back because the entire sound of these five songs is raw and dark as well. The lyrics also feature some pretty disreputable lines as well that rank up there with porno-grind as some of the most disgusting ideas I've heard from a human mouth - but that's just me. This is pop music that I seriously just face palm when I think about how it was made but can't help but get the choruses out of my head. It's a love hate relationship for me. I hate everything about what this band is, but hot damn if they can't write a hook. Tracks like Golden Showers and Krystal Tearz are, simply put, ear worms that just burrow into your head and refuse to leave.
I'm not sure who I could recommend this to since this is not the sort of stuff I tend to cover but I guess if you happen to be looking for something a bit different and you've grown wary of your usual listens then give this a shot. If for some reason someone who actually likes synth pop or gothic music stops by this review, than I say listen to this for sure! So, bottom line, not for everyone, but a must for fans of dark and raw pop music for sure.
Overall Score: 7
Highlights: Golden Showers, Pact With The Devil
Posted by maskofgojira at 3:06 PM