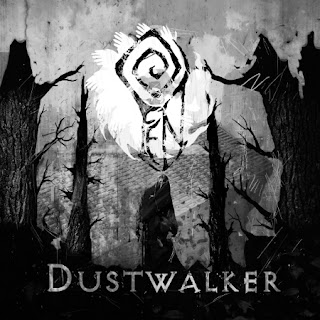 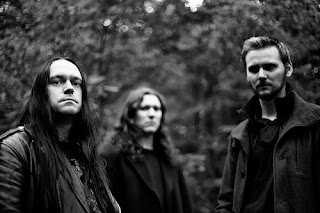 I've been a fan of Fen since I first found out about their debut full-length back in 2009. I thought their take on the whole post-black metal style was pretty interesting and unique, which naturally caught my attention. So with the band losing their keyboard player I was rather curious how their sound would change as a result of that for this album.
For me, Fen's best work thus far has been their full-length debut, The Malediction Fields, which, in all honesty, was a rip-off of what Neige was doing with Alcest early on. I really enjoy that album, and I still think the band is putting their own spin on that sound, but that is essentially what that sound was, Alcest, but British. Then came Epoch in 2011, which, on first listen, I thought was amazing, and if you look back at my review for it, you'll see how I felt then, but pretty much every time I came back to it after that review, I could not for the life of me finish it. I would just get bored or, in a few cases, actually fall asleep listening to it. I don't think it's a bad album, I just think that it's a rather dull album now. So I came into this, curious as I stated above, but also somewhat trepidatious because I really did not want to have that same sort of experience with this album where on first listen I think it's brilliant and then I can never finish it again. Luckily, that doesn't appear to have been the case with this.
The album certainly starts off pretty damn well with Consequence, a pretty solid track that leans more on the band's aggressive side, but still has those touches of post-rock ambiance that are indistinguishably their own. For me, after hearing this entire album through a couple of times now, I think it's safe to say that this opening track is a pretty solid indicator of where the album's sound lies. Granted, you're obviously going to get more post-rock driven sections on here that aren't found in that track, but as for the aggression factor, it's a nice representation of what you're going to get. For me, while I'm perfectly fine with ambient and atmospheric black metal, I think what made Epoch drop in status for me was the very drowned out sound it had. There are plenty of bands who are far more ambient than Fen are, but on that album, the entire thing felt so encased in atmosphere, that the more metallic parts felt very watered-down. That is not the case on here. The atmosphere is certainly still a major part in the band's sound, but it's not quite so engulfing or all encompassing as it was on the last album. Even during a track like Spectre, which is mainly a post-rock driven track, it doesn't feel quite so ho-hum as it might have in the past, I also thought the country-esque opening minutes were well done and brought out a nice character as well. But then what happens after that? the band go proggy. Tracks like Wolf Sun and closer Walking The Crowpath show more of a progressive edge than the band has ever showcased before, and they also feature some of the best riffs they've ever written as well.
I thought this was a really stellar return to form for the band and a nice introduction of more interesting elements into their sound. The trio are definitely at the top of their game on here and have recorded some of their best material to date. If you're a fan of post-rock, or post-black metal, or I'd even say some of the more progressive side of black metal as well, this would be well worth your time to check out.
Overall Score: 8.5
Highlights: Spectre, Wolf Sun, Walking The Crowpath
Posted by maskofgojira at 11:54 AM