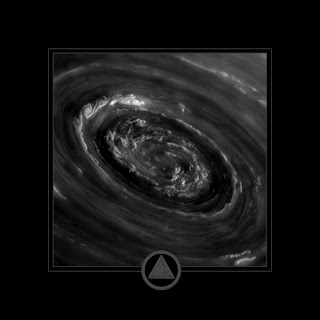 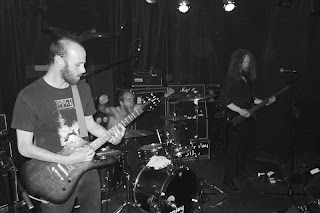 It's been three long years since the entity that is known as Fell Voices put a release out into the world. The beast that I became acquainted with on their split with the equally fearsome Ash Borer back on their 2010 split. For a band that has been so quiet, you certainly can't tell based on the reactions I've seen from their fans.
I don't know how other people first found out about Fell Voices, but since I heard of them through that Ash Borer split I can't say they were the first band on my priority list. That sounds terrible, but I acquired that split and just had it sitting around for a good while before I actually listened to it. It was just sitting in my Itunes player while I casually listened to Ash Borer. I would occasionally scroll through reviews on Metal Archives and read the ones about the self-titled album from this band, but still nothing really urged me to get right on over and listen to the band. When reviews are telling me that Fell Voices are the band who truly fuse drone music (or drone metal...) with black metal to perfection, I often found myself struggling to muster up any energy to actually listen to their recordings. It wasn't even until I started listening to Ash Borer that I set time aside to listen to Fell Voices as well.
For only listening to this band several times in the past, probably less than ten times in total to be honest, I was extremely pumped when I heard that they were actually putting out a new full-length. Maybe I let hype get the better of me in this situation. Don't misunderstand me and take me listening to this group rarely for me not liking them though, because this album, along with their other material, is actually very good. I recently read a comment about the band comparing them to the great Swiss band Darkspace, and to a degree I agree with that. The way both bands create extremely long and epic pieces of music that, in the case of Darkspace can become more ambient/dark ambient/etc. as they are black metal. In the case of Fell Voices, perhaps more on this release than on their past ones, one could say that the music could be called drone as much as black metal. There were many times when you'd get these harsh black metal chords being played for a lengthy period of time to the point where the riff sort of just fades out and all you're left with is this rush of distortion. Another time, like in opener Flesh and Bone, you'll get this droning sound atop the actual black metal rush.
Despite that premise, I can actually assure you that despite the rather, I'll just say troubling, production sound on this (maybe it's just the way I listened to it) each track is actually varied and well put together and performed. I say it's a troubled production because this is extremely raw sounding and I do think that the drums and bass could have either been turned up in the mix or just been given some more interesting things to do - but that's just me nitpicking. Frankly, the variety that is on here is probably the most surprising thing to me. The 2010 Tour Demo and the split with Ash Borer for me were, more or less, carrying about the same rough and live sound, both in terms of production and style. They were very unpolished in both regards, to their benefit or fault you tell me, and the self-titled, I thought, felt like a debut full-length. You had a lot of ideas, but they didn't necessarily come together in the best way. So it's a relief to say that this is no sophomore slump. While the opener Flesh and Bone is probably the track that is most similar to the style that one might expect from drone metal(...) and black metal coming together, Emergence is a very strong and beefy piece of black metal that just rages for the majority of it's twenty-one minute running time. The closing track Dawn is a brutal slab of droning black metal that almost comes across in an Earth sort of fashion with very atmospheric guitar chords being played over this sort of wall of feedback and droning low-end. I know the overall sound doesn't exactly scream, "Every song is different," but there's enough in there to at least keep me satisfied.
Obviously, like all things on this blog, it's only just my opinion but I believe this to be the band's best work yet. Each track manages to stand alone and entertain and entrance instead of lull you into a daze and make you fall asleep (just for those who might be thinking that). The band's music has never been for everyone, but for fans of more droning and atmospheric forms of black metal, definitely give this one a listen or two.
Overall Score: 8
Highlights: Emergence
Posted by maskofgojira at 6:39 AM