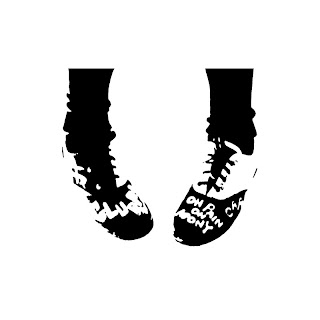 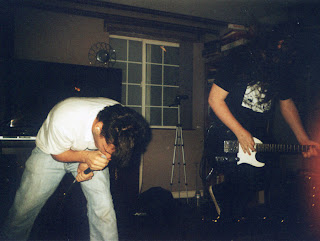 Obviously Airs is the other main band of Chris M. Broyles, otherwise known as Verwüstung, where he showcases his far less metal side. I've been aware of the project since it's first release (which you can see the rather unfavorable review I gave it on here somewhere) and have been witness to its steady evolution over the years. With so many various releases under their belt, the duo known as Airs has become quite hard to keep track of, but I have always tried to make sure to listen when a new full-length comes out - such as the case with this.
I'm sure they'll be plenty of various opinions on the way Airs has evolved in their short existence thus far. The shift from early demos of rather crude blackgaze and post-rock has given way to actually solid post-rock, dream pop, and shoegaze in more recent releases. The double-album that was 2011's Gloomlights was sort of a mixed bag upon reflection because while the first disc was certainly a decent enough Airs album, the second did come across as Verwüstung-lite of sorts (at least to me). Even on the more song oriented first disc, the album was spotty, breaking between more upbeat tracks and more sort of noodling pieces that didn't really accomplish too much. Now, between the release of that double-album and this one, the band has released a live album, an EP, and several demos and singles. I haven't heard any of those smaller releases, so I can't say what progress or experimentation was used on those releases, but on this album, it definitely comes across as the band's most shoegaze sounding release to date. Those influences from My Bloody Valentine, Slowdive, and Ride come through clearer than I have ever heard them before, not that they haven't been there, but these songs really come across as straight-up shoegaze pieces that are not being diluted by other influences.
Songwriting wise, I would actually say, based on the handful of listens I've given this album, that this is the duo's most consistent release to date. The eight songs that make up this full-length are quick and punchy for the most part, rarely falling into more depressive mood that the band has tended to utilize so heavily on previous recordings. These are some of the most aggressive (non-metallic) songs I've heard from the band. They have that sort of punk sort of edge that makes it feel very upbeat and energetic but rarely crosses the line by actually bringing in more intense metal ideas. The entire record also reminded me a lot of those early to mid 90s shoegaze releases where you had bands write more energetic and aggressive songs that still managed to be noisy and full of atmosphere, Sundials being the perfect example of such. The guitars are a wash of various effects and sounds while the drum programming is mechanical and precise. I have no qualms about either but it was vocalist Aaron Kelley who was the real surprise on this record. While his voice has never been the strongest or most original out there, the way he records them brings a sort of odd quality that I don't hear from other vocalists (maybe I just don't listen to enough modern shoegaze bands...). His style is very soft and delicate but the reason he surprised me so much on here was that he would occasionally break out into this more manic scream that made me think the duo would launch into some frenetic post-hardcore moment or something whenever he did it. They never did, but it kept me on my toes.
I'm pretty sure I've said it in my last few reviews for the band, but this is their best release to date. I've meant it before and I mean it now 0 so don't judge. I'm still pretty iffy on Airs as their material up to this point has been rather spotty, but hopefully they don't spread themselves too thin and manage to keep releasing albums with as much consistency as this in the future.
Overall Score: 8
Highlights: Blue, Still For A Moment, Sundials
Posted by maskofgojira at 6:13 PM