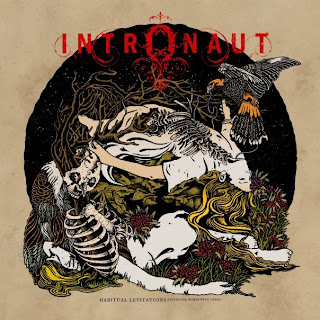 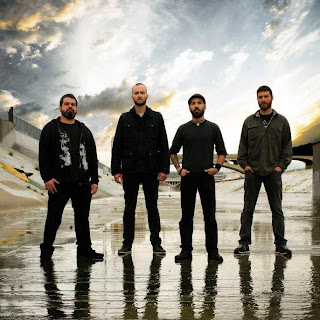 Truthfully, Intronaut was not a band who I immediately enjoyed music from. My dad enjoyed their material far more than I ever did and the first time I listened Prehistoricisms I viewed it as just another group aping Isis' sound. It wasn't until 2010's Valley of Smoke that I thought they really did something interesting and is where they turned me into a fan.
I don't think it would be a stretch to say that, at least in the beginning of their career, Intronaut were a post-metal group. Along with the likes of Mouth of The Architect, Cult of Luna, and Pelican, among other groups, were doing sounds that were very indebted to the likes of Isis and Neurosis, but as each group has progressed with every release, their sound has shifted away from that initial idea - and for good reason. It was on Valley of Smoke where I took notice of Intronaut because to me it really took the band's sound into more progressive areas (in the sense of infusing more of a progressive rock or metal edge to it) than their first few releases had. It was my hope that the band would continue that evolution into more progressive tinged metal on this new album as well since the aforementioned previous album did so well for them critically and commercially.
While I can't say that everything on here impressed me the way that their last album did, I was very taken with several things that the band brought into the fold. Tracks like The Welding or The Way Down really took their sound forward into that more progressive direction I was hoping to hear them go in. On those tracks in particular, the band retain their heaviness but the riffs are branch out through bursts of technicality and dissonance. To be honest, the thing that surprised the most on here was how heavy the band were. Several tracks on here just use that low-end to massive effect and don't dwell on hammering you repeatedly with how heavy they are. Tracks like Sore Sight For Eyes does a great job at reigning in that heaviness in favor of a more restrained and melodic side which I can't recall the band ever doing to this effect before - and they do it very well, in case that wasn't clear. The track that immediately follows is Milk Leg, which is probably the heaviest track on the entire album which makes use of low-end quite heavily as it's main riff. But having said that, those post-metal elements are certainly still there, but feel far less indebted to other bands than previous releases have been. The cleaner sections feel closer to prog-rock than to post-rock in several instances, Harmonomicon, and I thought was probably the clearest indication of the band's evolution thus far.
Overall, I actually thought this was a pretty damn solid album. I can't really see myself returning to it all that often but it's very well put together for the sort of album that the band were going for. It's a step in the right direction and I'll await the band's next album to see if the evolution continues.
Overall Score: 8
Highlights: The Welding, Sore Sight For Eyes, Harmonomicon
Posted by maskofgojira at 12:21 PM