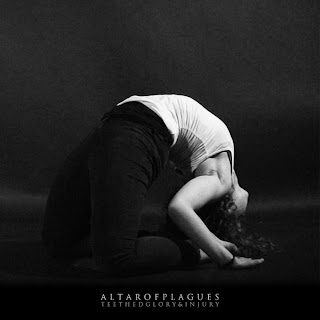 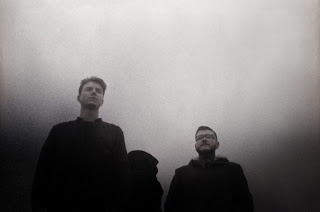 Altar of Plagues is a band I am quite fond of. The Irish group have released some pretty consistent material while always managing to surprise me with each new release. This new album proved to be quite the shock for me, and a somewhat change in their style that I was not prepared for.
The first time I heard God Alone, the single/video that was released before this album, I was actually thrown for quite a literal loop. I wasn't so shocked about the length of the song, because obviously to make a video they would have had to either edit down a really, really long track (which I highly doubted) or they just wrote a shorter track (which turned out to be the case) but the sound the band had taken. Where was the band with that heavy low-end and post-rock atmospherics? Because this was the only track that I had heard at the time, I almost fell out of my chair at the time because the sound of that track was so different from what I had come to expect from the band. It wasn't this brutal piece of post-rock inflected slab of blackened doom metal but something far more chaotic, caustic, and direct. Now, to say that the band hasn't been chaotic or caustic in the past would be doing their music a great disservice, but it was the latter that hit me so hard. The song was short yes, but it almost never relented in it's ferocity. Even when the clean chanted vocals entered the picture the band kept that same dissonant riff going before transforming it into a more brutal black metal riff. This was not the Altar of Plagues I had come to know.
Along with that the production was very different as well. I mentioned low-end heaviness above and that's because the band's past releases had that doom sense weight to them, the guitars I mean. Maybe not so much with the cleaner tone, but you understand what I mean if you've listened to records like White Tomb or Mammal. The tone on this album is much more brittle sounding. I read someone say that it was industrial-like and I guess I can see where they're coming from, especially when listening to how some of the effects on this album are used. The tremolo effect that washes the background of several of these tracks could bring that to mind I guess. But to me I guess the sound that crossed my mind after listening to this was post-hardcore. The more dissonant riffs, shorter but more chaotic songs, and emotional performances from everyone involved all scream post-hardcore to me. Plus while the guitar work is more dissonant, the rhythm work - IE. both the drumming and the bass - seemed far more powerful. Maybe it's just me, but while listening to certain songs on here, I could have sworn that the bass felt more distorted and bass heavy (...duh) than the guitars which really made tracks like Burnt Year and Scald Scar of Water stick out for those pummeling low-end hits. As with their previous album, the drumming on here is really above par. There are interesting drum fills and percussive hits that really kept things grounded while some of the other instruments were flying off the handle at times.
As of right now I'm not sure if I like this album more than their last one yet, but this is a damn good release for sure. While the whole post-hardcore vibe sort of threw me off for a second, I was able to adjust to it and find some really solid and interesting work done by a band who it seems like is always trying to push themselves. Perhaps not an album for people who were really into what the band was doing on their last few releases (at least not right away anyway) but if you're looking for some really solid intense and chaotic black metal definitely give this one a shot.
Overall Score: 9
Highlights: A Remedy and A Fever, Scald Scar of Water, Reflection Pulse Remains
Posted by maskofgojira at 10:24 AM