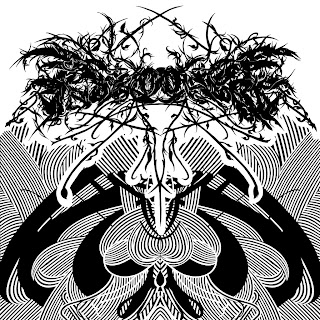 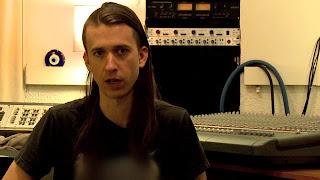 I am a big fan of Colin Marston's work - both in his various bands and projects and of his production. In terms of modern progressive extreme music, he is easily one of the most interesting musicians working today. This solo project is (obviously) the second full-length from a project I had sort of written off as just being a one-off from him.
When looking at the various projects that Marston associates himself with, whether it be the technical barrage that is Behold... The Arctopus, the intricate black metal of Krallice, legendary tech-death band Gorguts, or the progressive jams of Dysrhythmia (and not taking into account the ambiance of Byla) it's obvious to see that he is not only a musician's musician but he has been a member of some of the most challenging metal groups in the last decade. This solo endeavor is no different. Though this project Colin really showcases a little bit of everything he does in the above bands, from black metal tremolo picking, harsh bass/warr guitar slaps, ferocious chugs, and the short bout of ambiance that is XI to break things up. The six songs that make up this release are intense and prove to not only be solid pieces of technical metal in and of themselves but are great samplers for what one might expect if they are new to any of his work. Personally, I wasn't all that familiar with the Indricothere debut, though I have heard it, but this feels like a much more consistent album. Though to some that might not be a good thing.
I guess what I love about this album so much is how it just can just shift from that signature Krallice-esque black metal into more mid-paced death metal chugs without missing a beat. Plus those low-end slaps just add a character to the music like nothing else I have heard. Frankly, there's just something in the way that Colin writes and performs these songs that just enthralls and excites me when I hear them. It's dark and aggressive like so many other bands, and there are plenty of other progressive metal acts who work with extreme metal genres (or sub-genres) and are instrumental as well, but Colin just makes these songs sound so original. I actually find it somewhat odd how Colin has managed to make music that is consistently intense quite go engaging and interesting while almost never relenting. Even when stacked up against his other bands, this still stands out as having it's own face despite all the similarities. It's unpredictable, it's progressive, and it's unique. What more could you ask for in a musician?
So, by now it should be obvious that I really dug this album. It's the sort of album that really shows the breath of Colin's musicality(...) and how he manages to influence the projects that he's involved in. As always, I will anxiously await whatever release he happens to be involved with next and hopefully you are in the same boat.
Overall Score: 8
Highlights: VII, X
Posted by maskofgojira at 2:57 PM