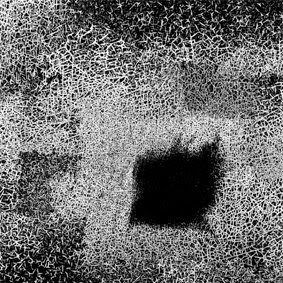 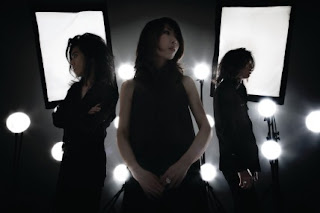 If I am remembering correctly, this is the first Boris album I'll have ever reviewed on here. It took me quite a while to become acquainted with the Japanese trio but I think the real difficulty for me was the rate at which they put out albums I found a bit hard to keep up with (which is really no excuse at all since Njiqahdda release just as much, if not more, material on a yearly basis). But this will finally correct one of the problems of this site - not enough Boris.
Looking back at Boris' extraordinary body of work, knowing what direction they'll decide to go in for a new recording is still a complete mystery to me. From the stoner metal of albums like Heavy Rocks or the droning doom of classics like Flood or Feedbacker to the J-pop sensibilities of Attention Please, each recording shows a different side to the band. Even when they retreat into familiar territory, it's always at least consistently worth hearing just because of their dedication to their craft. It shouldn't come as a huge surprise then that they've taken up with some post-rock on this record. While it isn't completely foreign to the band, to say that their embrace of it until now has been understated wouldn't be far from the truth. On here the trio pretty much just go for the jugular and craft an album full of ambient atmospheres, soothing clean passages, and weighty distorted ones. There isn't the bass heavy led production that many of their heavier works have utilized in the past and instead what you have is a production that appears to be just as led by the mood as it is by the performances. Hell, a good portion of the tracks on here are so soft that I almost forgot who I was supposed to be listening to several times when I was listening to this album. Even the heavier ones don't have that oomph that one would expect after hearing any of the band's more rock/metal led records.
In terms of just the genre of post-rock, the songs that stay in that world completely are some of the most delicate and quiet I can ever remember hearing. I mean, yes, you can still tell the band are still playing, but it's so soft sounding it hardly even made me think of post-rock on my first listen. Honestly, tracks like opener December or closer Maeve could lull a baby to sleep (make of that what you will) without much trouble. It's spacey, it's minimal, and it's very understated - I'm not gonna say that's necessarily a bad thing, but it is certainly a change in pace I did not anticipate coming in. But, like I said above, there are still plenty of distortion led tracks that make one think of the Boris of old. The blues riffs that pop up throughout Method of Error definitely reek of old-school Boris, though to say they are as memorable or grabbing as older material in the same vein would oversell what's actually being done on here. While the riffs in the aforementioned tracks are definitely solid, they're placed alongside chugs that go nowhere and wind up just dragging the songs down. I could say it's "psychedelic" but it really isn't, to me it just felt lazy.
So, maybe this might not have been the best record to pick for my first Boris review, but nothing I can really do about it now. Like I said above, you can never truly predict where the band will go, and so saying that I hope they continue to refine this sound in the future is somewhat pointless, but if they ever make another post-rock sounding album, I hope it turns out a bit less forced. Definitely not an album I would recommend for newbies, but for fans of the band or even fans of post-rock in general, I would say that this would be a nice change of pace.
Overall Score: 6
Highlights: Elegy, Bataille Suere, Mirano
Posted by maskofgojira at 9:00 AM