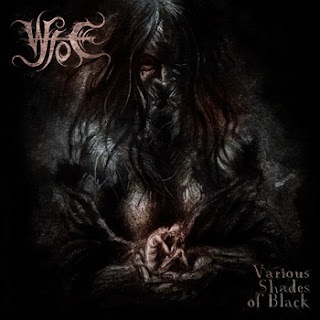 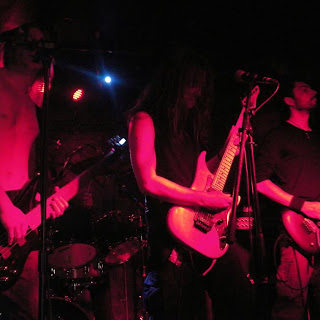 It has been four years since the quartet known as Way to End released their album Desecrated Internal Journey into the underground world of black metal. While being far from perfect, that album really did what a good debut release should and really set a foundation of sounds for the band to expand upon in the future. After much anticipation (and some probing on my part), this album was finally given to me.
The ideas that Way to End exhibit in their work come from a number of various bands, all of whom are well respected for creating their own sound and constantly evolving in some shape or form. In a sense, that evolutionary step is one that this band does not ignore, but embrace it. This album features, in my opinion, a massive step up from their already impressive debut. Where that album clearly showed nods to the likes of Blut Aus Nord, Deathspell Omega, and Emperor, the songs on this new album feature an even more pronounced sense of neo-classical-ism. So, in that sense, the influence of Ihsahn's body of work could definitely be seen as a major influence on the work of this band, despite that fact, the riffs on this album are less rooted in extreme metal traditions than they are in the work of progressive groups. Hell, there's even a lessening of distortion on here that was not anywhere as prevalent on the debut. Not to the extent that I would ever compare these guys to the likes of Dream Theater or other bands of that ilk, but the use of tremolo picked guitar lines is used to a far less degree than on their previous effort.
With all that being said, this album does lack that same eerie quality that the debut featured from having these very uneasy sounding riffs juxtaposed against the more straightforward extreme metal traditions. It's a trade-off, in a sense, because the riffs on here are definitely a lot more difficult to get used to, bringing to mind releases like BAN's MoRT, though I would still say that this is more accessible than that album. Those riffs just feel like a modern classical score, of sorts, more than your typical extreme metal chugging, speed picking, or what have you. At times drifting into almost fusion-esque territory that I have yet to hear so completely intertwined within the black metal genre, La Figure Dansante De L'incompréhension being the prime example here. Even the change in vocal styles is a shift from the debut, where throaty screams and howls were commonplace with the occasional bout of singing, on here I'd say it's more of an even balance between those harsher styles (including several instances of death growls) and more "operatic" forms of singing (think Urfaust). It's definitely progressive, but in a sense it's post-modern as well (come at me with your hate and comments!) because there have been very few other bands who I have heard attempt a style like this before. Granted, I still have no idea what these guys are talking about but when they're doing this stuff so well, I can just get into how it all works together and not bother with that little detail. The title-track is, as if there was any doubt, the best track on here in the sense that it perfectly encapsulates what the ten tracks that came before it did, but is perhaps the most "catchy" track on the entire disc. Of all the songs on here, this is the one where clean vocals are the most dynamic; or in other terms, this was the track that I wound up remembering the best of all when the album finished. By comparison with other tracks, it isn't especially heavy or aggressive - instead probably being the most melodic track the band has ever written, but it's not like the band just has this melodic track that they tagged onto the end of the album. For me it was how they made the best fusion of more melodically driven progressive rock with their more classical-istic riff work. It's the best track they have written thus far in my mind.
Personally, I love what these guys have gone for sonically and think that they are on the cusp of making something really special. It's not an easy album to like/love/enjoy/etc., but it is one that is definitely full of intricate and interesting melodies and vocal work that I haven't heard attempted to this degree in a long, long time. It's really something for those people who enjoy weirder or more abstract bands, but if you just happen to be in the market for something a little different as well - do look this one up.
Overall Score: 9
Highlights: Vain, A Mon Ombre, Various Shades of Black
Posted by maskofgojira at 6:44 AM