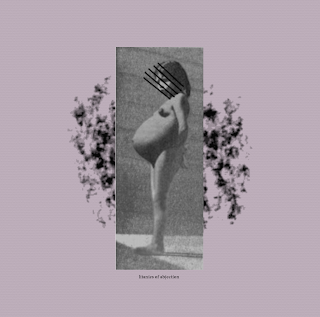 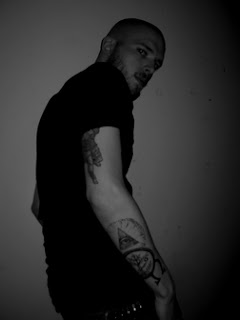 Andrew Curtis-Brignell's project Caïna is a strange little beast. The project has gone through numerous stages of evolution throughout its almost decade long existence and it's always been hard to anticipate what the project would sound like next. After declaring the project finished last year, it was revived and this album was released several months later.
When I first heard about this new album, I was really excited to hear it. After really enjoying Andrew's work on 2011's Hands That Pluck, I was really interested in seeing how he would evolve from there. Then I read (on the bandcamp page for this record) that this record was recorded using little to no overdubs done on this, that it was heavily improvised, and that it featured no keyboards or synthesizers - which in my mind made me assume that he was going to continue into more of a black metal inspired crust punk style that he showcased on the aforementioned album. I had friends and acquaintances telling me that this was Andrew's best work yet, and I had no reason to doubt that before actually listening to it. But boy was I mistaken. I can't tell you how surprised I was when I first skimmed through this record. I did not expect the sounds that would follow once I pressed that play button for the first time. Upon that first listen I wasn't sure if this was some sort of a joke or prank or not because it was so different to the sounds that I had previously associated with the band. Where did all the metal go?
Now, obviously, I have no problem with non-metal records, but when I think of this band, I think "one of the best post-black metal projects out there", and this isn't even close to being metal in the slightest (see how trve I am). What you happen to get instead of any form of metal is a record that explores the worlds of darkwave, synth-pop, post-rock, ambient, and at times harsh noise. Stylistically, it may as well be Andrew's most ambitious and diverse record to date, but I can't say I ever found it to be anywhere as engaging as his metal material. Sure, the sound choices are very simplistic and minimal, creating a very soft and dark tone without actually doing very much beyond creating an initial beat and then expanding an atmosphere, but what's left after you've heard all that - well, Andrew's voice. And for as indifferent as I felt towards the instrumental work on here, I have to say that I believe this to be Andrew's best work as a vocalist. Maybe it's just me, but his vocal work on here reminded me far more of Scott Walker more than anyone else. Whether that was intentional or not, he pulls it off with aplomb, with his work on the dissonant Family Planning standing out perhaps the best of all on here. That track in particular is extremely abstract, contrasting against almost every other track on the album with it's post-hardcore guitar dissonance set against a harsh industrial pulse and Andrew crooning over the top of it. I doubt you will hear another track like it this year. It's the best Scott Walker track Scott Walker never sang. Immediately following that track, we have the epic Lina Medina, which is the most "rock" based track on the entire record. Residing somewhere between the very similar worlds of post-rock and post-metal (you decide where you want to put it), we have one of the most moving pieces in the project's discography.
So, that's what you get on here. Frankly, for all the highs on this record (and god damn it there are some highs), there are some lows that I just couldn't ignore while thinking about the album as a whole. I think I do prefer Andrew's work in the metal medium more so than in this one, but he has proved himself as an artist unwilling to conform to any strict style, and I respect him for that. So, good and bad, take your pick - but his vocals rule (no debate needed there).
Overall Score: 7
Highlights: Last Tango In Helmand, Family Planning, Lina Medina
Posted by maskofgojira at 3:34 PM