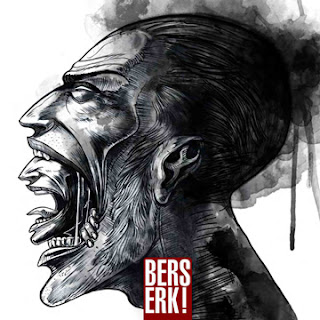 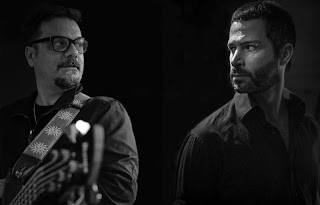 Every once in a while I get these jazz oriented albums to cover and some of them are better than others, but some of them just grab me more than I ever anticipate. This new project created by Lorenzo Esposito Fornasari and Lorenzo Feliciati has proven to be one of the weirdest records I've heard all year. Hopefully this intro is enough to keep you interested.
I guess the thing that grabbed me right away with this album was that even though it was definitely rooted in jazz music and fusion, and was coming from two guys who came from those worlds, it is much stranger and more abstract sounding than either of those genres tend to be. That's quite a bold statement, and it's not as if I'm saying this is the most bizarre and avant-garde piece of music I've ever heard, but it takes the sounds of those two (very similar) styles and transforms them into a completely different shape. The two (without listing off each and every collaborator on here) take their foundational styles and make electronic music that is far from boring. It's weird because I say electronic music, but it's not as though these guys have limited themselves to simply one brand of electronic soundscapes. Instead you have tracks that are more industrial-tinged, then there are those that feel slightly more hip-hop or trip-hop inspired, while others clearly have a more pop edge to them. It's a very interesting take on jazz-based music which I can't say I've heard done in this way before. With that being said, the way that these tracks are actually constructed, or at least the way it appears to me, is perhaps the most interesting thing of all. Because despite how unique this album is, it really is more about presentation. The material on here is still pretty rooted in the world of jazz and fusion, it's just how the wrote these songs, how they keep to a certain beat, the way the vocals are used, that anchor it and allow it to soar and seem all the more "out-there".
I really have to commend the vocalists on here as well, because they really come off as strange - and by that I mean they sound like Mike Patton (my favorite vocalist) did vocals on here. I'm sure To accompany the array of musical ideas on here, you have a variety of vocal styles on here as well, from somber whispers to layered chanting and everything in between. Fornasari's work I am not familiar with but I have to say that his work as a vocalist on here has definitely impressed me. Later on he manages to sound like another favorite of mine, David Sylvian - so, what's up with this guy? He just nails each track with a vocal performance that walks the line between being smooth and sultry and dark and maniacal, a line very few people do with as much ease as he appears to do.
Along with all that, the album is constructed in a fashion that allows it's dynamics to come out best when listened from start to finish. While the first couple of songs are definitely more on the "pop" side of things and are certainly more listener friendly, the entire middle portion consists of more jazz dominated pieces that take us back to those smokey jazz bars. A few instrumental pieces carry us onward through the short interlude Blow, the more upbeat Clairvoyance, and the more low-key noir-ish First (among others) are much less easy to just get into because they don't have that pop beat or vocals leading the way for you. The last third of the album takes us back into more vocal led songs, though the mood is unabashedly more low-key - coming across more like experimental amd avant-garde material than anything else on the album. From the slow singer-songwriter vibe that is Wait Until Dark to the Polkadot Cadaver/Dog Fashion Disco-esque Latent Prints, it really takes the record into a completely different direction.
While the entire thing isn't perfect, there are a couple spots that are just sort of there and aren't all that special, I did find myself enthralled and engaged in most of this album. It was a real surprise to me, even though I never expect a record to be bad, this one blew me away. Definitely worth checking out for all you experimental electronic and jazz fans out there!
Overall Score: 8.5
Highlights: Fetal Claustrophobia, First, Wait Until Dark
Posted by maskofgojira at 5:35 PM