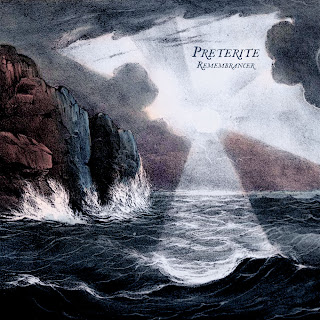 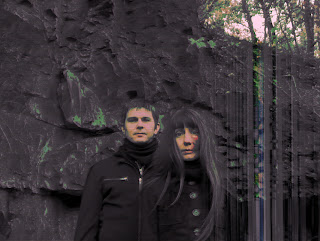 Back in 2011, Preterite released a rather well crafted debut full-length, Pillar of Winds, on one of this blog's favorite labels, Handmade Birds. Since then, there has been talk of another full-length being in the works as well before this two song EP just popped up on bandcamp. Back when it was released in February, I gave it a listen but have only just recently gotten back into the swing of reviewing so I wanted to give this one its due.
The work of duo Geneviève Beaulieu and James Hamilton is one that is quite special, which I guess is saying something since I've never been one for either of their projects separate from each other. The way they blend trippy psychedelia, droning atmospheres, and folk based instrumentation is a fusion of ideas that I don't think I would have assumed could work as well together as they would in this duos hands if you had told me in years past. I guess where my perspective differs on this small release to their full-length is whereas the full-length had it's fair share of crackling distortion and feedback chiming in the background from time to time, which at times I felt actually disrupted the more delicate sounds that came before it, the two songs on here are not quite so harsh. For my money it's a much less austere vision, with more captivating guitar and piano work than on the full-length. I feel as if it isn't so stuck in the world of drone on here that it needed to senselessly elongate the two tracks, but instead brings a far more interesting folk side to the forefront of the sound. Geneviève Beaulieu's voice is still a bit polarizing for me at times, but I think that her style on here is well suited to the music underneath her.
I really dug both the tracks on here and actually think that both are the best tracks the duo have released up to this point (not that that's saying much since they only have seven tracks out). I found myself returning to both tracks on here quite often actually, especially since it has been quite rainy recently, which really works well with that sort of weather. Once again, this sort of style isn't going to be for everyone, but if you want some nice ambient, folky music - I'd certainly give this one a shot.
Overall Score: 7.5
Highlights: Don't Ask For The Moon When We Have The Stars
Posted by maskofgojira at 3:47 PM