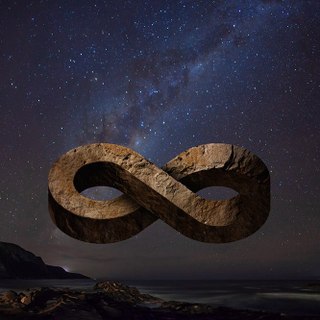 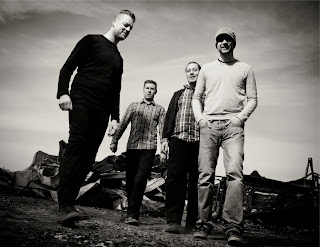 Obviously we all have our own prejudices and biases when it comes to listening to music, and to anyone who's read this blog for long enough, you know I love that avant-garde, weird stuff. It's been six years since Control Human Delete have unleashed a new album upon the world (if you don't include the two song digital b-sides released last year from this album) and I am glad to see them return. I have eagerly been awaiting this album since I first heard about it a couple of years back.
From the get-go I'll just say that if you have any qualms about weird and/or progressive form of black metal, you might have a problem with this review because this is the sort of album that I am predisposed to like; and like it I did. Control Human Delete are a group who really do encapsulate what the their genre tag describes them as "industrial black metal," or at least that's what they used to sound like. Whereas on the band's 2007 album, Terminal World Perspective, you had the group playing with various elements of electronic music and mixing them with your standard black metal parts. The tremolo picking, blasting drums, and wretched vocals, it was all there on that album, and while they are still present on this one as well, they are by no means anywhere as prevalent. This album is much more in the vein of progressive metal in the sense that it really borrows from various genres of metal. Perhaps most surprisingly, the riffs on here come across as very thrash or traditional heavy metal-esque in several songs. Perhaps I'm generalizing too much, these riffs can be found in plenty of straightforward industrial groups as well. The aforementioned black metal parts are still there - the vocals are the most consistently used of the three I mentioned above, but the other two are used as well throughout. So if you have a problem with these guys "abandoning" their black metal edge in favor of a more progressive one, be aware that at least on this one, the two do coexist.
Probably the most interesting thing about this album, at least to me, was the way the band went about recording the drums for it. Using various editing and sound altering programs to change ordinary household objects that were tapped and hit and transforming them into percussive instrumentation, I just thought that was amazing. Turning the sound of a pencil hitting a glass mug into an industrial cymbal hit is just cool, whether the music was great or not, the band would have earned my respect from that alone. Luckily, as I stated above, the music is great. It channels the intensity of black metal, the strangeness of avant-garde, the forward thinking riffs from progressive metal/rock, and then all the various electronic elements that range from the aforementioned industrial to trip-hop, ambient, and even 70s-esque progressive electronica. There's a vast array of sounds and styles on here, enough that each track could justify an entire review into and of itself, but probably the track that stuck out to me the most of all was Continuous Data II. I also have to fly the flag for closer Recurrence which showcases some of the band's most melodic work to date - I actually wish they had used some more clean vocals on the rest of the album based on this track alone.
In regards to the aforementioned Continuous Data II, this track exhibits everything I feel this album does right. You have guitar riffs that are just catchy as all hell that take from various genres. You have electronics that are balanced between background atmospherics to actual lead work. You have excellent choices in terms of percussive sounds. The track just works. It's everything I want from a band of this nature yet so often only manage to find one of these elements, if that. It acts as the centerpiece of the entire album, and while it isn't the longest song on here, I feel like it's the one where the band shows what they can do to perfection. Each section from the opening blasts to the synth dominated middle and it's closing chords that ring until distortion overcomes them, there is not a single thing wrong with this track.
Yes, as I stated in the beginning, I am biased towards liking this album, but that doesn't guarantee a positive review. Control Human Delete have more than surpassed what they did on their debut and pretty much quantum leaped forward without losing a step. I knew I would like this coming into it, but even I didn't expect it to be THIS good. One of the best of the year - I think so.
Overall Score: 9.5
Highlights: Every Track Is A Highlight
Posted by maskofgojira at 9:52 AM