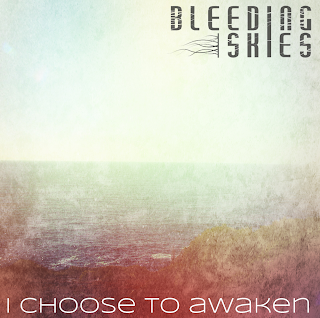 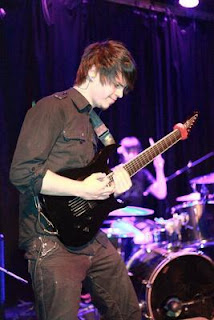 Band: Bleeding Skies
Country: Aberdeen, UK
Style: Tech Metal
Label: Myriad
It's about time that someone signed Darren Cruickshank. I've been following this guy since I first found out about and started getting into djent and all I can say is that it is about time that he was signed. I understand that signing someone doesn't really matter too much in today's modern world but hopefully now more people will finally start to acknowledge this guy as a great musician.
In my humble opinion I would put Darren Cruickshank among the likes of Ben Sharp (Cloudkicker), Misha Mansoor (Periphery/Bulb), and Paul Ortiz (Chimp Spanner) in terms of both production and songwriting abilities. It's a shame that more people haven't really found out about this project because although he hasn't been quite as prolific as the three guitarists I mentioned, his skills at writing songs is top class. He manages to mix just the right amount of djenty riffs with actual melodies, traces of more technical flurries, and ambient backdrops to create a sound that I find completely his own. But with this EP, aside from the two ambient pieces that introduce the album and provide an interlude, the other tracks are just fantastic. I guess I've come to expect that with projects and bands that come out of the whole djent scene, that a lot of guitarists just tend to fall back on that chugging djent sound when they don't know where to go with a song, but there really isn't a whole lot of that on here, with the focus tending to be on more melodic guitar lines that are, in fact, memorable and quite catchy. But it was the track Please Don't Forget Fuko (the title of which comes from probably one of my favorite anime series Clannad, because I'm a nerd) was the track that stood out the most to be. I actually think it's one of the best songs I've heard all year, I seriously cannot stop listening to that song.
So, as you can probably assume by now, I really loved this thing. I kind of wish there was more material on here, but for what is actually on here is just amazing and makes me want even more material as soon as possible from Cruickshank. I highly recommend this release, I would like to say for a specific kind of fan but really, I think that even if you're not into djent or instrumental prog-metal, you could still get into this. At the moment, this is one of my favorite releases to come out this year.
Overall Score: 8
Highlights: III - Emi, Please Don't Forget Fuko
Posted by maskofgojira at 1:57 AM