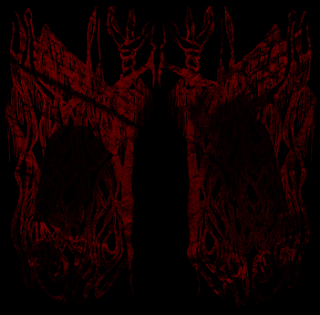 I can't recall many bands that I've listened to from Turkey, or I guess what I should say is that I haven't heard many bands from Turkey that have made me remember them. I have had a rather troubled past with metal bands from eastern European countries, so I usually try to avoid them unless I'm already familiar with their work. With this sophomore release from the one-man band Yayla is poised to take the world by storm based on what I've heard and read about it thus far.
I guess I should start off by saying that when I stack this up with the other black metal releases from Eastern Europe that I've heard, this one, from a pretty underground project, is pretty good. I mean that in pretty much all categories too. In production, atmosphere, and intention, this thing pretty much blows away most albums I've heard from any band that's come out of that side of the world. Now, I'm not saying this is the most unique thing you're going to hear this year, the bands that influenced this project are still pretty apparent from early listens, but for what the project has done on here, it honestly tops most of what it's influences have been doing. I hear Burzum (and honestly I haven't cared about any of Varg's post-prison albums at all), Emperor (broken up, still great, but not doing anything so...), and some Incantation in there as well (when they actually put out an album I'll care more than I do now). I don't want to sound cynical, in which most reading this probably think that I've gone way past that point already, but when I listen to this record, it sounds fresher than anything I've heard from those projects, and others in over a decade.
The production on here really fits the music being played. It really helps to create this wall-of-sound sort of vibe to the guitars that really makes the entire record sound huge. It's not so overwhelming that the bass and drums get swallowed in the mix, though the vocals do at some points. The reason I'm starting there is because unlike a lot of other groups and projects that mix together ambient styles with black metal this one doesn't feel like someone had a bunch of random black metal-ish songs and a couple of ambient parts and thought they'd work on an album together, these two styles, if I'm being simplistic about it, are fused together. The riffing really recalls that of the band's mentioned above, being very old-school tremolo picked, along with blasting drums for the better part of the album as well. These are epic songs, with the shortest one being the seven and a half minute instrumental opener. In all honesty though, that is probably the album's biggest fault, the length of these tracks. As most readers probably already know, I am a fan of long songs with lengthy passages of experimentation, but unfortunately, while this album holds long sections that are mainly instrumental, they'll carry on that same part for minutes at a time without really changing anything, and that can get rather dull. Sure, on first listen it's kind of an endearing quality to this album, but multiple listens just prove to be more taxing than they need to be.
It's a well done piece of work that is, honestly, one of the best releases I've heard from a band on that side of the world in a long time, it's just bagged down by some overly long tracks. I have yet to hear the most recent release from the project yet, titled Fear Through Eternity, yet so I can't really say how the sound has progressed, but if the tracks can become a bit less repetitive, I think it will do a world of good. Definitely check this album and project out if you're a fan of atmospheric black metal that recalls some of the vibe of the early and mid-90s bands.
Overall Score: 8
Highlights: Emperor; Elegy to Wars Never Fought, Conjurer; Prophetillars Will Hollow
Posted by maskofgojira at 1:12 AM