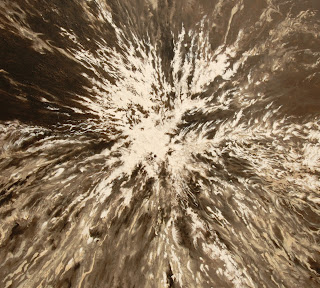 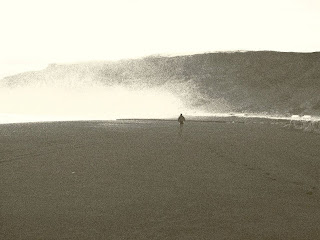 Band: Omega Centauri
Country: Bournemouth, UK/Gothenburg, Sweden/Belgium
Style: Progressive/Atmospheric Black Metal
Label: Duplicate
I had thought that I would never hear anything from the project known as Omega Centauri ever again. After the one track I heard on the Abridged Pause Recordings compilation, I didn't hear much of anything else about the band. It wasn't until this album was already released that I found out that it and boy was I gonna cover this.
I have to say on that compilation, while there were some definitely some great songs on there, with a great line-up of some pretty unknown artists (at that time) including Smohalla, Parabstruse, Feos, and Kailash (who as far as I know were probably the most well known group on the entire comp.) but one of the big stand outs on the entire thing was the nine-minute epic from Omega Centauri. That one song was definitely something that was definitely original and unique for a band that really hadn't released anything prior to that point, and it was the song that most likely turned many of their fans onto them. After that, it was pretty quiet and I had actually thought the band had split up. They released a really good song, a full-length was in the works, but maybe things just never came together and so I kind of forgot about the band. It wasn't until, maybe, two or three months ago that I first heard about this album that I remembered how great this band was and became excited to hear what they put together.
Based on the song they added to the compilation and the band's they were surrounded by, it might be easy to see how the band was lumped into the whole "post-black metal" movement. Granted, their song, Battle of Öland, was still quite different from anything in the genre at that time, it still had some of those elements that could have allowed people to link it to the wave that Neige was starting to bring into the light of the world. For myself, and I suppose many other purists who use the term "post-black metal" we, or at least I, heard a stronger connection to the long and winding epics of France's Nagelfar or the swirling chaos of Deathspell Omega than to anything that Neige has ever participated in. That connection is just as strong on here as it was on that first song, in terms of what I'd compare this to anyway, but the band has morphed their sound into something that Battle of Öland only hinted towards.
What's on here, while still comparable to both the band's I mentioned above, is stretched to a point where I can truly call this a unique album. There are moments where songs are totally dissonant and morbid sounding that it almost reminds me of MoRT from Blut Aus Nord; but other times it's more melodic, which is where one could, note COULD, potentially say that it's almost "post-black metal"-ish. It's one of those listens that just messes with your whole sense of being and makes you question what you're listening to. Tracks like Elusive or I Am are really challenging pieces of music in my opinion and really make you think, as a good album should. Probably the crown jewel on here though is the epic May Whatever Cleanses Me Take Form, which, along with probably being the coolest title I've heard this year for a song, essentially brings together tranquil ambiances over intense, almost traditional in some parts, black metal riffing and more progressive and dissonant sections into a form that I don't think many people, if any, will have heard before. Personally, one of the shining traits on this record was the drums. Sure, you had your typical blast-beat lead sections and whatnot, but there were a handful of tracks that went off into weirder realms and ideas and that's when the drumming took on a very jazz like quality to it, which really impressed me.
It's a challenging record and one that I, personally, found quite difficult to connect with on the first couple of listens, but is a very strong and individualistic record that definitely stands out from others. I know that this is obviously not going to appeal to those who enjoy more straightforward forms of black metal, and may even turn off those who enjoy more progressive and adventurous forms of music, but if you can get through the first couple of listens you'll find a gem in here. Fans of weird, challenging, and unique sounding albums, and bands, do take note of this and check this band out.
Overall Score: 9
Highlights: Ad Infinitum, I Am, May Whatever Cleanses Me Take Form
Posted by maskofgojira at 12:14 AM