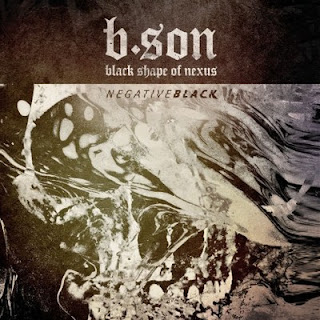 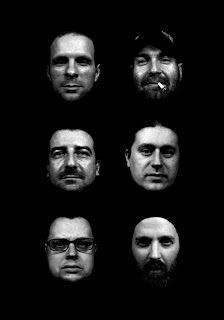 When it comes to sludge metal, for myself anyway, it's a pretty hit/miss sort of genre. There are certainly bands that I like, but more often than not, a lot of what I hear just tends to bore me, so I'm always elated when a band I actually enjoy manages to release new material. B*son just happens to be one of the most recent bands in that genre that I actually enjoyed (and it was before hearing this album, in case you were wondering).
There's no point in starting anywhere until I point out that this is a heavy album, and I mean it's really HEAVY. This album just has so much bass it's not even funny. In addition to that, the fact that these guys have dabbled in the likes of drone-doom on previous albums, as well as this one, only adds to the sheer destructive power this will have on your speakers if you play it as loud as I did. Opener Illinois is just a slap in the face for anyone who thinks you need to open an album with a minute long intro. This six minute piece that filled with droning noise, guitar feedback, and political samples, but in no way felt long. I just goes and goes before finally giving way to 400H, then your speakers blow. Now, for all the destructive power this album has to offer, I'm probably exaggerating just a little bit because this obviously isn't dubstep or music that relies on blasting your speakers into utter oblivion with the power of low-end, this is a sludgy doom metal album. Bass is important, but to say that this album is only bass would just be wrong. So, hopefully that came out right, it will destroy your speakers, but it's not going to overwhelm you with bass.
If you take out that opening track, what you have left is an album that is pretty evenly divided, at least to me anyway. You get three shorter tracks that are more straightforward doom/sludge metal tracks with heavy and bluesy riffing an some pretty intense vocals. Personally, as someone who really doesn't enjoy a whole lot of sludge metal, I really do dig what this band does with these shorter tracks. They do everything a good sludge metal song should in my opinion. But then, you have the other half, where every song clocks in at over ten minutes, with two hovering around the twenty minute mark. These tracks were hard to get into because of their length, and I know I've said in the past that I love long songs and this is also coming from a guy who likes quite a bit of funeral doom as well, but that doesn't make slow music any easier to digest. These tracks are also by no means traditional either. It's on these longer tracks where the band's drone side really comes out, with album closer Neg. Black is actually a full-on drone-doom psychedelic jam out, though they don't completely abandon songwriting. And what songwriting it is, as someone who's heard enough blues based riffs, licks, and solos for a regular person's lifetime, I find it really hard to tolerate when bands simply rely on tried and true blues riffs for songs, and while I will not deny the fact that the guys in B*SON do rely on those very riffs which usually frustrate the living hell out of me, they just make them so damn heavy and crushing that I can't help but bang my head or tap my foot to them.
Because of both the length of these tracks, and the length of the album as a whole, it's a tough listen but ultimately, when I listen to the whole thing, I inevitably find myself being swallowed up by it. Whether or not that's a good thing really depends on how much you enjoy just giving yourself over to an album, and I actually found it quite refreshing on this one. The longer tracks felt a whole lot more brooding and psychedelic when you don't even try to understand what's happening in them. Just open yourself up to the experience and let the music devour you.
In the end it's probably one of the only sludge based albums that I actually find interesting to listen to on repeat because of all the little intricacies that are held within these tracks. Like I just said above, the length of this album is pretty intimidating and will more than likely wear on some listeners, but if you can overcome that problem, you're in for a hell of a record. Sludge and doom fans, and even drone fans, definitely look into buying yourself a copy of this record, it's more than worth it.
Overall Score: 8.5
Highlights: 60 WV, 10000 µF
Posted by maskofgojira at 2:21 AM