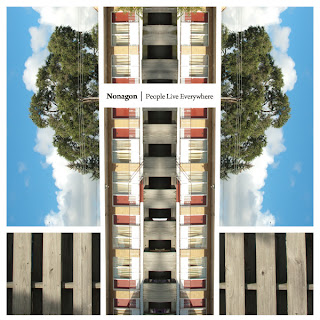 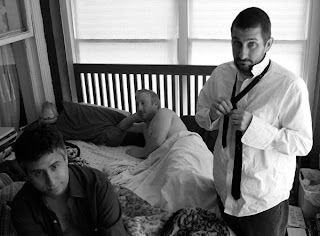 You know what, I won't claim to be a huge fan of punk music even though I do like quite a bit of hardcore punk. Hey, I like a bit of the old-school, I dig the likes of Crass and Rudimentary Peni along with a handful of others, but straight ahead punk, if that's what you could even call either of the artists I just mentioned, has just never really been my thing. When I was sent this little EP, I figured I'd give it a shot.
I guess I'll just use this opportunity to say that when a band tells me they've been compared to the likes of Fugazi, who even I know are a big band, that means absolutely nothing to me. I'm not trying to be rude, but as someone who likes punk to be aggressive and like a fist-in-my-face, more arty punk groups, unless they were in the vein of post-punk, aren't really my thing. I'm not a Fugazi fan so saying that you've been compared to them isn't really a good thing in my book. But onto this five track EP. Since I just referenced them, you'd be correct in assuming that these guys do indeed take a lot from Fugazi stylistically. Since I have no interest in the band I just spoke about, I'm sure you'd assume that I wouldn't enjoy this, but I actually thought that this band had some good points. Much like the aforementioned Fugazi, they take the idea of using a good bass=line(s) as the foundation of a song and using the guitar less as a riffing instrument. While I don't care for the vocals on here too much because they are done in that shouting way of singing, where it just doesn't feel intense enough for these songs and just ends up feeling contrived to me, which left The Swifts sounding extremely annoying to me, unfortunately, because musically that song is actually really good.
It's by no means a bad release, and maybe someone who digs stuff like the band I went on about throughout the review or other bands similar to that will enjoy this a lot more. Maybe my taste in punk is just really bad (as pointed out by some guy for my Ramlord review two years ago), but I can't help what I like. If you like this sort of funky style of punk definitely check it out because musically it's really good, you'll probably dig the vocals more than I do anyway.
Overall Score: 6.5
Highlights: Fresnel Lens, Fadeout
Posted by maskofgojira at 8:01 PM