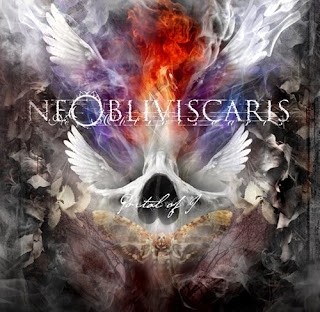 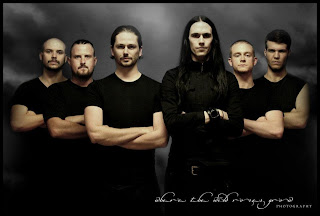 If you're a fan of progressive and forward thinking black metal bands, this is probably one of your most anticipated releases this year. Ne Obliviscaris first came into our consciousness five years ago with their demo The Aurora Veil, and it's taken them five, long years to follow it up with this full-length. It's one of those albums that once you get, you just have to listen to because you're so excited to listen to.
I guess there's no point in holding back here, I freaking loved this thing. It's everything I want from a progressive metal album and from what I've seen thus far based on other's opinions of it, I don't think it's let anyone down thus far. Trust me, this thing could have been one of those albums that was hyped as hell and then could have just been really lame and a total let down. Based on the response the band got from a three track demo/EP that was released five years ago, it very well could've turned this entire album into one big face-palm moment. When a band is as hyped as this one was based off of what was essentially a demo, if this had been bad, it could have pretty much signaled the end of a band's career, at least that's the sort of height I witnessed when reading comments and reviews based on their demo. Luckily, that was not the case, and many people, myself included, seem to have dug their teeth into this and have really fallen for the taste.
I mean, there are so many different ideas on here that it just blew my mind away, even the three songs on their demo that appear on here are even better, in my opinion, than they were. I think it's worthy of note mentioning that of the seven songs on here, only one is under nine minutes in length, and to me, that's an achievement. For a band to be able to keep a listener engaged with songs that long, for an album this long, is a very hard thing, and there have been plenty of albums where I've kind of felt bored about half way through or so and kind of wished the band would just kind of move things along, but every song on here just hit all the right marks and didn't even feel half as long as they actually were. I just have to say Tim Charles' violin playing on here is insane, there were points where I actually thought they had a sax or keyboard played due to how fluid the playing of it was, and how it was playing in sync with the other instruments during those sections. In addition to that, his clean vocals were really good, and I seriously got chills from some of the parts on Forget Not and As Icicles Fall, which are two of the older songs, but they hit even harder on here than before. But don't discount the harsher vocals of Xenoyr, who brings quite a good range to the album, from lower death metal growls to higher black metal rasps. For the most part though, I wouldn't even say he sounds too much like another vocalist, except for a little bit on closer Of Petrichor Weaves Black Noise, where I kind of get a Mikael Stanne kind of vibe from some of his parts, but I'm a big fan of Stanne, so no harm, no foul in my book. It's when both vocalists pair up their parts that it allows those epic build ups to sound so powerful.
Then you have the epic guitar playing, bass included, which bring a serious amount of variety to this album. I mean, sure, you have your typical black metal tremolo picking parts, and your more standard fare of death metal and melo-death metal parts, but you have these parts that seriously recall Opeth, in spirit more than actual performance, during the jazzy cleaner moments. I mean, as someone who likes flamenco guitar playing, but hasn't heard a whole lot of band implement it into their sound beyond a solo or something like that, these guys mix it in really, really well. If the entire opening passage of And Plague Flowers The Kaleidoscope doesn't convince you that these guys can play, nothing will. Structurally, I mean, there's any number of groups I guess you could compare them to, but even within that realm there's a really good grasp of different build-ups and climaxes on here. I don't know how much stock you'd put into this since this has been five years, if not more, in the making, but for a debut, it's seriously, staggeringly mature. It's crazy to me, it may just be the hype, but every time I've listened to this, I get a little more out of it.
I know this probably wasn't so much of a review as much as me essentially just declaring my undying love for this album, but this is seriously one of the best albums to have come out this year, and I will declare this now, will be one of the best releases you will hear this year. This is what I want from a progressive album, I want a totally immersive experience where I can't, as well as don't, want to stop listening to an album. Easily one of my favorite, and one of the best, albums I've heard all year, and did not let me down on any level. Seriously, if you haven't heard this album yet, what are you doing?
Overall Score: 9.5
Highlights: Every Song Is A Highlight
Posted by maskofgojira at 10:23 AM