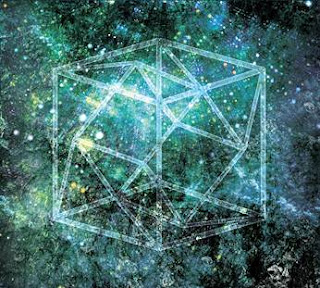 I've been following TesseracT for some time now and I think it's probably obvious that I am quite a big fan of the band. Last year's debut full-length, One, from the band wound up being one of my absolute favorites of the year, but with success also came a bit of tragedy as front-man Dan Tompkins decided to leave the band. The band then brought in Elliot Coleman as their new vocalist, to both acclaim and backlash, and this proves to be his first recordings with the band.
I guess I should say first off that I was aware of Elliot Coleman as a vocalist before he joined the band, though his project OMNOM (Of Man Not Of Machine) with Misha Mansoor and Mark Holcomb from Periphery. While I enjoyed the music they made, I was never really sold on Elliot's vocals, they were good, and he was certainly talented, but it never really sat quite right with me. I then heard the EP he played on when he was briefly in Sky Eats Airplane and thought it was pretty solid. Since then I never really kept tabs on him, but when he joined TesseracT last year I became very worried. I can't say that I was all that impressed by the few live clips I saw of him performing their songs, it just didn't sound right to me. I'm more of a fan of Dan Tompkins' vocals for the band, sue me. By the time this EP was announced, I had all but given up in the band, but decided to give it a shot anyway. When it comes to how Elliot performs on here, despite the rather divided reactions I've seen, I think he does a pretty good job. I've seen footage of him singing April live and I thought it was awful, but on here I think he just killed it (in a good way) and totally makes it his own. His rendition of Origin is rather well done as well, along with the Jeff Buckley cover of Dream Brother. Musically, the band are just as good on here as on the album, with the four acoustic pieces retaining their signature ambiances while still maintaining the spirit of their heavier counterparts. It isn't until Eden 2.0, a reworking of the original that I have a problem. I really loved the original version, and while I realize that it may not have been the easier piece to perform live, and that this new one is more geared towards that and radio-play, but the not only did the band remove what was my favorite section of the song, and a part I honestly think Elliot could have really made his own, they also made the song nearly unlistenable. The guitar tone on this new version is just terrible.
It's not a horrible release, and not anywhere as bad as I thought it would be, but it's not great. After hearing this I can't really say that Elliot doesn't fit the band's sound, but I'll still have to hear what he does when he's not singing someone else's vocal lines to really be able to finalize my thoughts. It's solid, not going to shake the foundation of metal or progressive music, but I'd say to give it a shot if you're already a fan.
Overall Score: 7
Highlights: April, Dream Brother
Posted by maskofgojira at 12:04 PM