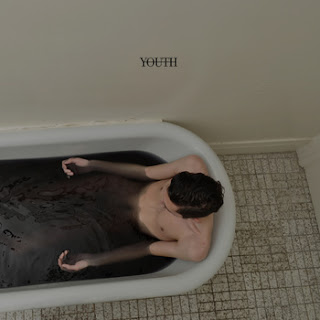 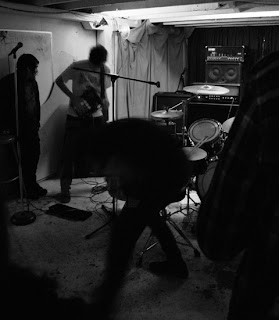 Last year when Wreck and Reference burst onto the scene, they really made an impact. The use of drums, samples, and vocals not only made the duo stand out from their peers (as if they really have any peers that could even be compared to them) but was interesting musically, not just a hack job. This follow-up, a more "traditional" full-length album and not a demo, has only gotten further recognition from the underground.
I'm not really sure what happened in the short time between Black Cassette and No Youth but a definite shift can be heard. Make no mistake, the duo's debut demo was certainly an original and unique sounding release that stood, and continues to stand, alone as an undefined genre album that is unlike that of the parts that made it up. The blend of noise rock, doom metal, and drone played with a sampler instead of any form of stringed instrument was an idea that not only broke new ground musically, but also conceptually. The duo have undoubtedly stepped up their game when they were writing/performing the ten new songs on here. Not only have their songs become more concise and more memorable, but they've started including even more influences into their already unique and diverse sound. Sure, the ideas from their demo are on here as well, but there's a further embrace of ideas coming from black metal, neo-folk, krautrock, and power electronics that makes each of these songs branch off into directions that I don't think anyone could have seen coming after listening to their debut.
But of course, the duo have stepped up their individual performances for these songs as well. As with their demo I think that drummer Freige is just a beast on his instrument. While there are sections within these songs where the duo embrace a more empty and desolate ambiance and noise space, his playing is just filled with such passion and power that it brings these songs to life, in my opinion. Also, on here we get to see, or hear rather, hear him take a back seat on a couple of tracks where he provides a much less intense, but far more subtle performance, hear Cannot or Stage Collapse, where it feels like he's accenting Skinner's samples and vocals, both of which are mention as well. While I wasn't overly impressed with the samples and vocals on the demo, not that they were in any way bad, on here I was just blown away by them. Skinner is a far more diverse vocalist than I would have ever thought, going from soft and penetrating spoken word to intense and throat-shredding screams within the course of a matter of minutes. The samples prove to be just as varied on here as well. Sure, you get the whole distorted guitar sounds (but not an actual guitar obviously) that was on the demo, but you also get sounds that are far more ambient and spacey, along with ones that are just references to brutal industrial noise, and everything in between. Chances are if you're not into the ideas on one track, you'll find something in the following one that you'll enjoy more because very few ideas appear to have been repeated on here. It's an experimental record, but, at least in my opinion, isn't too out-there or heady for a fan of old-school post-punk, straight-up doom metal, or even folk music to get into.
While I can't say that I'm crazy about every track on here, the majority of them are extremely interesting and memorable tracks that stick with you long after the record has ended. I highly recommend checking this record out, it totally blew me away and has turned out to be one of the best surprises of this year. There is no reason not to go out and listen to this record. An absolute must have for this year!
Overall Score: 9
Highlights: Spectrum, I Am A Sieve, Winter
Posted by maskofgojira at 9:04 PM