I won't claim to be a huge advocator of straight-ahead noise music, I've heard plenty of good albums and there are still plenty I need to hear, but here are three that are a little different and far more interesting than anything I've heard in the community so far this year. (All reviewed from 1-10) 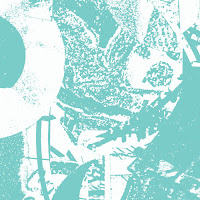 I have to be honest and say that while I was certainly aware of Sissy Spacek and knew of them peripherally, I can't say that I had ever listened to them before this album. I can't say that I ever expected to listen to an album that contained thirty-two tracks that would only be five minutes total, even from a grindcore album, but there's a first for everything. It's always a little odd to me when I'm listening to an album with short tracks where, even though I know that the tracks are extremely short, that the longest tracks actually feel longer, and this applies to any style of music or any sort of album, but the longer tracks feel longer than the shorter tracks, even when the difference is like ten seconds. That's not even meant as a criticism, just a statement that I think can be applied to this, I mean, when your longest song is twenty-five seconds long, and most others on the album don't even top ten seconds, you notice it. Sonically, I actually have no problems with this, I mean, it's harsh noise (sometimes I hear hints of death metal and grindcore, but that's just me) and you're getting really, really short bursts of hyper-aggression. For what it is, I actually have no complaints.
Overall Score: 8
Highlights: Fettered, Apple, Affront, Burn It Off, Flimsy Return

Number None - Strategies Against Agriculture (2012)

Much like Sissy Spacek above, I wasn't familiar with the entity known as Number None before receiving this release either. On first listen, I don't think I was really able to grasp what it was the duo were trying to achieve on here, or even the praise that was being sung for it, it just sounded like another average noise record. It wasn't until three or four listens in where I was really able to grasp what it was they were going for, all the complexities and subtle ideas within the distortion started to emerge. The somber drones that escalate and fade throughout opener Vile Gnarld or the blistering industrial tones that dominate ID-Vision show a nice amount of variety in both tone and style within each track. As a whole, it's far more creative and captivating than I think I first gave it credit for, with pretty much every track grabbing my attention and keeping it there for its duration. I'm certainly not going to claim that this is easy listening music or an album that I'm going to listen to every day, but as of right now this release stands as a monolith over the noise and drone genres.
Overall Score: 9
Highlights: Viagra/Lunesta 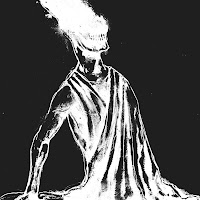 Coming from someone who has only listened to Demian Johnston's work as of recently, I have to say that I've become rather impressed with his take on the noise genre. Whether it's his more straightforward approach from his solo records, of the more visceral and brutal stuff he does with this project, among other projects and bands as well, BLSPHM is definitely the one I have found to be the most intense. However, unlike the all-out sonic destruction heard on some of the project's earlier material, this has to be the first time where I can truly find the black metal portion of the project's sound coming out into the full. Both the title-track and Garuda express some of the noisiest black metal this side of Sutekh Hexen, which I have to say is a good thing and definitely something I found refreshing after hearing some of the project's more noisy affairs. However, the record is not so one sided, as this album expands into ideas that I have never heard, nor expected, the project to delve into. As you move further into the album, the visceral brutality of the noise gives way to droning sludge and finally a full-on drone closer with The Failure of Our Brothers. It might be because the album goes from brutally smashing your head in to the calming depression of leaving you on the street to die that I found it to not only be the most cohesive and listenable album from the project, but the best as well.
Overall Score: 8.5
Highlights: Barter The Lashed, Heaven's Morisco
Posted by maskofgojira at 10:10 AM