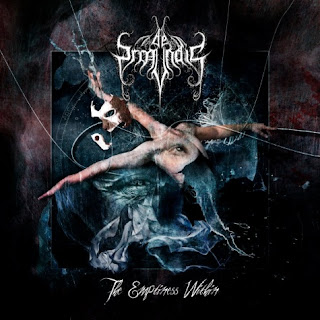 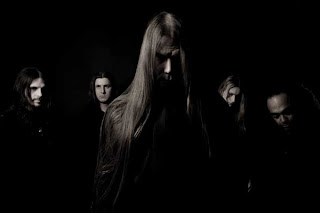 I first heard of De Profundis back around the time they were putting out 2010's A Bleak Reflection, maybe a little while before that. I remember really enjoying that album a lot when it first came out and it was one of those albums that really grew on me every time I listened to it, which, while it may not be the most fun thing, makes a better and longer lasting impression. While I can't say I was overly hyped on this album, when I finally heard it, I knew it was gonna be good.
I guess to start off I think I should say that these guys have definitely come a long way from their first full-length, 2007's Beyond Redemption, which I know wasn't that long ago, but in terms of how the band's sound has evolved, it's been quite a while. If you listen to that album, or A Bleak Reflection, the band were, at their core, a doom metal band. On that debut full-length it was a whole lot more obvious, but on their sophomore release, they definitely broadened their scope through the influence of progressive rock, fusion, and more straight ahead death and black metal. This new album is the first time I guess you could say they've moved past being a more doom oriented band. There is a much wider array of styles explored on this album, I mean, the band essentially open the album, after the obligatory intro track, with a black metal song. Sure, Delirium, it's not a traditional, kvlt, black metal song and there's a jazz breakdown in the middle of it, but it's a lot faster than most of the band's previous material. When listening to the rest of the album, there is a much higher degree of a black metal influence, which I obviously don't mind, and is certainly a welcome change in pace for the band.
Though the higher influence coming in from black metal is most certainly welcome, the other influence that stuck out to me right away was the larger influx of ideas coming in from jazz and fusion. Though the band is no stranger to utilizing ideas from those genres, I found that they come out a lot more often on this album, especially around the half-way mark of the album. Tracks like Twisted Landscapes and Release feature some of the more obvious traits from those genres, but they're not just thrown in at random and are integrated well with the more aggressive metal riffing. I can't say that it's become, or is becoming, a staple for the band, but they once again have an instrumental, in the form of Parallel Existence, which highlights their more progressive and jazzy side, as it did on their last album. You have no idea how disappointing it can be when you hear a band attempt to pull off more progressive ideas in their music, and it just sounds, not only lame, but contrived. Like they're just trying to sound technical or weird for the sake of it, instead of actually liking those sort of ideas. That's not the case with these guys.
Personally, one of the biggest qualms I had with the band's last album was the mixing of it. I mean, all the guys in the band can obviously play well, but the bass was just mixed so loud in the mix; and sure, I like to hear the bass on a record, but it was loud enough to where that and the vocals were always the focus of my attention whenever I put it on. This album has a much more balanced mix to it, the bass is still clear in the mix, but is nowhere near as overpowering. The band still have those jazzy bass solos on here as well, which I think is a very nice trait that they've carried on with this album. Along with that, the band have also brought in more clean vocals as well, which I also find to be a nice addition to their sound. I can't say that they're the best vocals, but, seeing as I think this is the first time the band has really made use of singing as more than just a back-up vocals or the occasional line here or there, I think they were pretty well done. They actually kind of reminded me a bit of Paul Kuhr of Novembers Doom a little bit.
Overall, I think it's a solid album and it's nice to see the band advancing forward with some noticeable changes in style, and ones that they can actually pull off. I don't know how fans of the first album will react to this album, it isn't like a total left-turn, but it is still different enough to give some fans some difficulty, so I guess only time will tell if this was a successful release or not. I'd say check it out if you're into more progressive forms of extreme metal, whether it's doom, black, or death, even thrash to an extent, I think you'll find something on here to enjoy.
Overall Score: 8
Highlights: Silent Gods, Twisted Landscapes, Dead Inside
Posted by maskofgojira at 9:52 PM