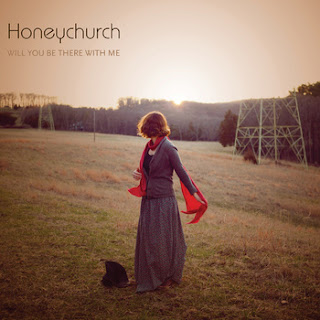 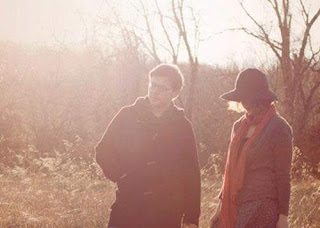 Believe or not, when I was a kid, I was really into country music. It was my absolute favorite style in the world, and even though I eventually grew out of it, last year I experienced a reintroduction to the genre through the likes of Mount Moriah. This is the first country album I've covered since that album, but I'm gonna try and be more open to reviewing this sort of stuff in the future as well.
You know what, when I first saw this album, I was under the impression that it was going to be a metal album, though I could pretty much guess that that tag was incorrect without even listening to this album. Nevertheless, I was certainly still very interested in hearing a country album to see if I could find something that was at least in the same ballpark, quality-wise, as that Mount Moriah album. After listening to the song Tennessee Valley on Youtube to see if this was at least listening to more of this, I looked the band up because, naturally, I had never heard of this group before in my life. Turns out that this band actually put out an album around eight years ago, which I obviously would have not been aware of anyway, but was shocking nonetheless. I also found out that there was a band who also wrote synth-pop songs under the same name as well, so when it really comes down to this band's past, to me, it's still a bit fuzzy.
But onto the record. Just to get it out of the way, and if you haven't caught onto this yet, this is in no way a metal album. This is pretty straight-up indie folk and country music. I guess there's no point in restraining myself here, so let it be known that I do not think this is a bad album, but it is not a great record either. I mean, for a record made up of essentially ballads, you will not find a whole lot of more up-beat tracks that bring to mind pop or rock music on here very often, if at all, the band do a pretty decent job at mixing things up for each track. Granted, there are still some up-beat tracks, but they're handled in a very soft and calm manner that unless you're a fan of country music, you probably won't get into because the line between the up-beat and the more melancholic tracks is pretty thin. The majority of tracks ultimately do wind up sounding the same though, unfortunately. I rather enjoyed it when the band brought in an instrument that they either hadn't used before or used all that much on other track, so like the more cinematic string and woodwind sections that accompany The Dream Is Over or the great organ on Roll River Roll. Hell, when the band throw in a guitar solo on Never, they pull it off nicely as well, and it's a refreshing change at that point during the album. I think it's worth mentioning that when it's used, the slide guitar on here is just great. Sure, I'll admit that some of this can come off pretty cheesy, at least to me it did, and cliché because quite a few guitar patterns and even some vocal patterns I've heard done over and over again on other records by more mainstream country fodder.
Overall, it's a decent enough album, but it isn't anywhere near what I had hoped it would be when I decided to cover it. It's a decent enough album and maybe if I was more into country music I'd like it more, but, as I am now, it's just alright. If you're in the market for some soothing country or folk music, I don't see why you shouldn't give this album a shot.
Overall Score: 7
Highlights: Tennessee Valley, Before You Leave, In Which
Posted by maskofgojira at 1:02 AM