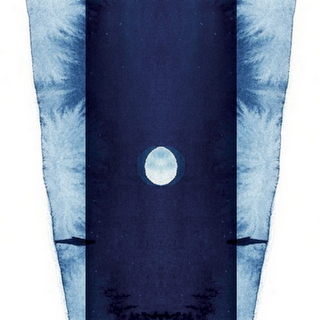 I knew from the moment that I heard about this project that it would be something I wanted to hear. The likes of Locrian's André Foisy and Envenomist's David Reed collaborating really got me excited. When I was finally able to listen to the whole thing I can't tell you how excited I was.
As someone who really hasn't listened to Envenomist's work I can't really speak of how similar, or dissimilar, this album is to it, but when comparing it to Locrian, while there are some rather obvious similarities, in my opinion, it is a much different beast. The three songs on here are not as, let's call it destructive, as André's work with Locrian. While there are certainly parts on here that are as abrasive and intense as Locrian, this is not nearly as "metallic" or noisy as his main band. Taking a route that could be seen as either more ambient or post-rock inflected with an overall sound that is far more tranquil, though with André screaming over it you might not think it on first listen. The first two tracks, for me, while good, were mere tasters of what I really wanted, which came in the form of the twenty-minute closer Seven Before The Throne. It's this monolithic piece of ethereal drone that the first two tracks only hinted towards, but never really reaching entirely due to their shorter lengths (though I will definitely say that they're a lot easier to digest than this last track so the structure of the tape is very well done). It's a very compelling piece that draws you in and calms you down all the while making things more tense and uneasy as it progresses. It's a beautiful death.
From what André's told me, a full-length LP is being worked on at the moment and I couldn't be more thrilled to hear that. This is a mere bud, a couple of ideas, which I hope the duo will expand upon on their forthcoming work. As for now, I highly suggest you try and track down a copy of this tape while you still can.
Overall Score: 8.5
Highlights: Seven Before The Throne 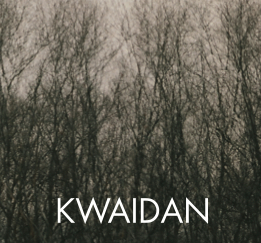 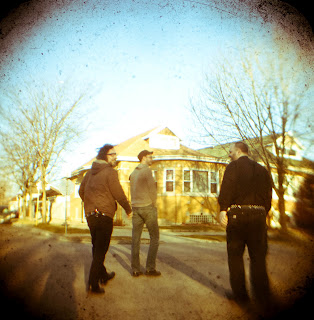 As oppose to Eolomea, I had never heard of this new project from André. When anything is released that's attached to the Locrian name in some way, I'm always sure it'll be great. This debut tape features a live performance, the first I believe, from the trio and while I'm not too into live recordings, I was more than willing to listen to this.
I have to tell you that the experience of listening to this track is quite interesting. The sounds certainly aren't those too unfamiliar to fans of Locrian, though the experience isn't quite as harsh or intense. I don't know if I would call this tranquil or relaxing, but the majority of the first third of the track is spent on slowly developing an overarching idea that the rest of the track builds upon in the next two-thirds. But it's that first third that will either get you motivated to sit through the rest of the song or not. Personally, I found the minimalistic, near ambient, ideas found early on were expansive and round enough to keep my attention from drifting off. Whether it was the gentle plucking of guitar strings or the occasional plod of a kick drum, or even the scattered use of light cymbal tapping really helped to provide this kind of unsettling sense of impending disaster. Despite the calmness of the track's introductory phase, the latter half or so really morphs into a more unstable kind of beast. Even in its closing moments, the track never really regains that same sense of calm it had before.
Overall, I thought that this was a solid track, very interesting, but it's definitely more of a mood based release, and probably won't get a whole lot of rotation from me unless I'm in a more chilled out sort of mood. It's a live recording, and seeing as it was their first gig, I don't really expect perfection from this. I did enjoy it quite a bit, though I think it'll be interesting to see what the trio come up with in a studio environment.
Overall Score: 7.5
Highlights: There's Only One Track
Posted by maskofgojira at 1:21 AM