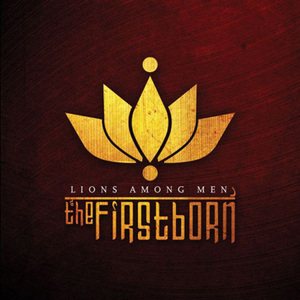 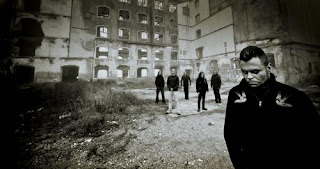 As everyone already knows, I love some good experimental/progressive/avant-garde metal and so from time to time I'll just go around looking on various sites and see if they list anything that I haven't already heard of, which is how I found this. The weird part was that they were not in any of the sections I just listed, but instead gothic metal. Now, as you'll read below (if you so choose to that is) and on other sites, this is by no means a gothic metal band.
As someone who is deeply interested in shamanistic culture I find the idea of anything relating to that sort of concept to be absolutely fascinating. I studied the culture and customs of Buddhism briefly and sporadically throughout the years I'm actually surprised that more bands haven't started to adapt the ideas of Buddhism into their styles. Luckily, the only one I actually know of is The Firstborn who have been delving into various ideas and concepts dealing with Buddhism throughout each of their albums, and this one is no different. It's rare that any band tackles subjects as weighty as the Tibetan Book of the Dead or the tree of life on an album, but that's exactly what previous albums have touched upon. I realize this is probably all common knowledge to long time listeners, but this is just to explain it to those who are yet to be uninitiated into the fold. Plus, I just love this stuff.
Stylistically though, I'd say that The Firstborn are just as unique as their subject matter is in the metal world. Though their first album essentially sounded like a band still finding their way by taking plenty of ideas from the likes of Emperor and Neurosis, even by their second full-length they'd evolved into something far more interesting and original. By now, their sound is one that you could find various different genres in, from progressive to post and from black to doom metal, it's all mixed together in a very interesting way. In all seriousness, in my opinion, the whole "gothic" tag was probably only attached to these guys because vocalist Bruno Fernandes tends to sing in a lower register than many other vocalists in the black metal world and the way he sings can be compared to other male vocalists in the genre. I wouldn't call that a fault or anything, but another weapon in the band's arsenal, because it brings yet another color to their already diverse sound. Aside from that, the band has continued to make use of Hugo Santos (from Process of Guilt) as a guest vocalist, which always brings a more brutal, and death metal, edge to the vocal department. Along with that, as has been the case with previous records, there's a very prominent use of sitar on here, and be honest with yourself here, how many times have you heard a band make use of a sitar throughout an entire record, not just one or two songs, and to the degree that there's a sitar solo in a song, Wantless.
But the thing that has always made me interested in The Firstborn was that diversity within their songwriting. There are plenty of band who can throw a ton of genres and sub-genres into a single song and make it sound all weird and random, I happen to really like a lot of those bands incidentally, but The Firstborn don't take that approach. Sure, you'll find elements of black metal within an otherwise doom oriented song, Eight Flashes Lances, but they don't cram a million different ideas into a single song. It's more about the flow of a song, and you won't find that a song sounds like what a typical "avant-garde" song might sound like, but the diversity throughout is well used. The epic build-up on closer Sounds Liberated As Mantra is just awesome, it's a totally unique take on post-metal, but you won't find another song on here that sounds a whole lot like it. In that sense, one could certainly argue that this isn't really an "avant-garde" release, and it's closer to being just an experimental or progressive album, both of which are certainly true, but I'd still say that it's avant-garde because there are ideas on here that are different enough to justify that tag. But make of what you will with the genre, this album is still going to be great.
This is just a killer record and hopefully it's one that more people will find the band through. It's not all that often that bands like this, with an original sound and original subject matter, actually break through, but I have high hopes for these guys with this record. Definitely, definitely check this record out, if you like extreme metal, I do not think you'll be disappointed with this album.
Overall Score: 9
Highlights: Within As Without, Nothing Attained, Nothing Spoken
Posted by maskofgojira at 7:17 PM