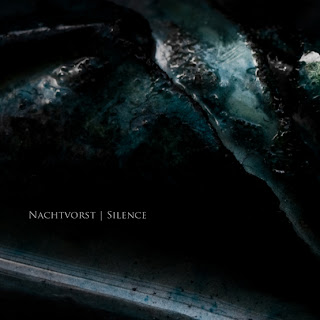 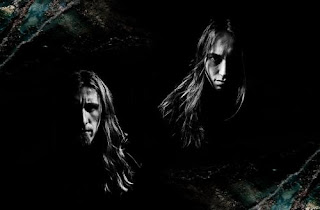 I have to be honest when I say that when I first discovered Nachtvorst, I thought they were just another depressive black metal group. Many of the groups that were being compared to them (check last.fm) were in that vein, so I guess I just lumped them off as being just another depressive group. When I heard that they had been signed to Code666 though, I definitely checked them out, knowing that if they had been signed to a label like that, it could not have been just another stereotypical black metal group.
Listening back to the group's debut full-length, 2009's Stills, I guess it's kind of easy to see why the band was lumped into the whole depressive scene. The whole logo made use of a noose, they had a couple of high-pitched cries of anguish, and the music was pretty morose in atmosphere, they weren't exactly distancing themselves from what was getting press at the time. In between that album and this one they released an EP with a single song on it which I have yet to hear, but it's obvious that there's been a reevaluation of the direction of the band since that debut full-length. No longer is the sound of the band in the depressive vein, and to be honest, based on the press release for the album, I was expecting that they had kind of trend-hopped and moved onto being a whole blackgaze or post-rock influenced black metal group, which wouldn't have been bad, necessarily, but it would have been hard to take them seriously, but that's not what happened. The band has decided to take their sound into a new realm that, honestly, if you had asked me if I thought they'd do or pull off, I probably would have told you that I doubted it.
I'm not going to say that the band have totally abandoned their dark and melancholic atmosphere, but instead of raw sounding black metal, what you get on here is a sound that's much more comparable to doom. While musically, it isn't quite as slow as funeral doom, the atmosphere on these songs reminds me more of groups from that sub-genre, so while musically it's more comparable to My Dying Bride, the ambiance surrounding the music reminds me more of Mourning Beloveth, but that's just me. I hear more sorrow and sadness emanating from this. Not to say the band have lost their black metal edge though. Nightwinds is easily the most black metal track on here, and while it never attempts to touch blast-beat territory, the mid-paced grind it achieves early on does recall the genre's more intense moments while the melodic and post-rock inflected conclusion to the track is something that, while showing a glimpse of light in the otherwise pitch-black cellar that is this album, never goes for that Alcest, Fen, etc. sort of blackgaze sound and remains as downtrodden as everything that came before it. That's probably the track with the clearest reference to the whole "post-rock influenced black metal" scene because the other track favor slower builds that are perhaps more comparable to the likes of Neurosis or Isis, in terms of building and structuring songs more than actual sonic resemblances.
Of all the tracks on here, the one that is more than likely going to turn some heads will likely be the track called Gentle Notice of A Final Breath. Unlike the other songs on this album, including the two instrumental piano interludes, this track just is just seething with depression. While there are certainly moments that are more like the depressive realm they were once more commonly associated with, it is by far the least metallic on the entire record. Bringing an eerie sense of desolation and calmness throughout its eleven minute length, the track rarely escalates into more aggressive territory, favoring a more minimalist take on post-rock over the destructive blackened doom exhibited on the rest of the record. I say that it'll likely turn heads because it isn't a heavy song, it isn't a song that has a whole lot going for it actually, but it's just so bleak and restrained that one can't help but be drawn to it.
I thought this was a very good album and one that I was certainly not expecting from this band, but I was very pleasantly surprised with. It's not going to be for everyone, especially those who can't get past the more depressive parts of the band's past and the dark vibe that permeates this record, but if you can deal with that, you're in for a hell of a treat with this. Dark and depressing music has yet to sound so fresh to my ears.
Overall Score: 9
Highlights: The Serpent's Tongue, A Way of Silence
Posted by maskofgojira at 2:27 AM