Here's three new releases from the duo known as Njiqahdda (who released one of my favorite records of last year). After a long period (for the duo anyway) of relative silence and financial troubles, all of the projects under the Nji name are back up and running. (All three are reviewed from 1-8) 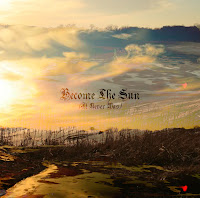 Even for an EP, this release is a little different for Njiqahdda. Unlike many of the duo's other releases, which have ranged from ambient inspired pieces to progressive ones, they've pretty much all been epic in their length, the four tracks on here really aren't, but what's really the surprising part is that these tracks are so minimal sounding (at least to me). The riffing is really straightforward on here, recalling more classic sounding black metal than anything the duo has previously released. Not to say that there aren't a fare share of more progressive and inspired moments, but these songs are far easier to digest than almost anything else I've encountered in the band's discography yet, and that might turn some people off. Personally, I actually find it to be refreshing that the duo have streamlined their approach on here, it's not as suffocating as some of their most recent work has been.
Overall Score: 7
Highlights: Kali, A Perfect Mirror 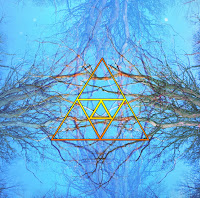 This single epic proves to be the first thing in several months from the Oaks of Bethel camp. Sonically, this is perhaps closer to some of the older work from the duo, with most of the track staying within the more drone-doom side of the band's sound. Even when the intensity picks up, I don't know if you could say that the track ever speeds up too much. While the entire piece didn't strike me in a similar way to their last full-length, The Ghosts That We Are, not that I would even expect it to, there were certain sections in the song that did grab me, in particular were some phrases where the guitars would just cut out for about a section, but the drums would just create a fill. Ultimately, that's what my attention was drawn towards while listening to this release, the drums. There were a number of interesting patterns that occur throughout the track while the guitars retain that slow and heavy form of drone-doom style. No matter how slow or fast (there are a couple of sections where you do get actual black metal) this gets though, the atmosphere is kept in a morose, but calming, manor from start to finish.
Overall Score: 6.5
Highlights: Orange Triad

This new cassette returns to more of the trademark Nji sound that most of us have come to know from their past material. This material returns to the more progressive and technical side of the band while also harkening back to their more experimental roots as well. The title-track is really something special, combining that technical edge with a more sludgy side that hasn't really ever been heard from the duo before. But this release is not so one dimensional, as each of the three tracks on here expresses a different idea. Awaken brings that melancholic folk influence to the surface while closer Adapting to Survival is a spacious soundscape filled with interesting electronic, and natural, textures. It is definitely my favorite of the three releases here from the duo because it has that more experimental edge to it that the band has become known for. This release also marks a bit of a shift vocally for the duo, removing the distortion that usually conceals their vocals and allowing the vocals to open up and bring an even more melancholic vibe to these songs.
Overall Score: 7.5
Highlights: To Escape The Tide
Posted by maskofgojira at 1:40 AM