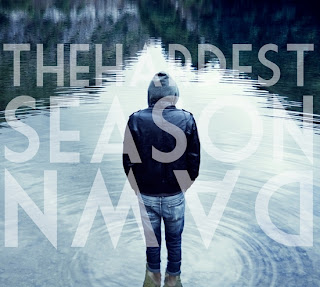 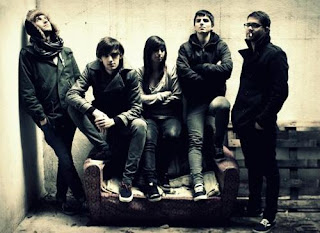 I really feel like a total dick for not covering this earlier, because I've had this thing for a really long time (or what seems like a really long time). I mean, the only reason I agreed to cover this record was because the short clip I listened to before agreeing to it was really good. Anyway, here's the review, which is long overdue.
I've said quite a few times in the past that when I listen to hardcore, I like it to really move and be able to get my blood pumping. I don't need big choruses, gang chants, poppy melodies, or anything like that, just give me a short burst of adrenaline and I'm happy. In my experience with hardcore, while there isn't any place that does it any better than another, Italy never struck me as being a hot bed for bands with this sort of an attitude, not that I should really be surprised by much at this point. When listening to this album all the way though, it really does give me everything I want from a hardcore record, though by means a little different means of achieving it. Since I can't say I'm well versed in the hardcore sounds outside of America and some other countries like Sweden and Norway, I can't say for certain that this is true for the entire Italian scene, but the songs on here, while short, aren't as focused on speed as other groups I've heard. What ends up happening in most of the songs on here instead is that the band, even if a song may start quickly, will slow down into a more sludgy groove that proves to be even heavier. It doesn't ever give me the same feeling that I get from a lot of other hardcore releases in that it doesn't so much make me want to just mosh and headbang but I find it more of a thought provoking sort of record, for one reason or another. I also liked how even though it wasn't a sort of energetic rush of an album, you could hear the energy from all the performers, and they didn't fall back on tried and overdone ideas all that often either (gang chants are fine, but I'm glad these guys didn't use it all that often).
I really don't have a whole lot to say about this record that's bad though. My only gripes lie more in the mixing department, as the musicianship and vocals are all really solidly performed and executed. What kind of brought down my opinion of this was the fact that the drums and vocals kind of just covered everything else. Not to say they aren't good to listen to, but as a guitarist, guitars are generally what my ear is drawn to first, and in a lot of cases they appear to be behind even the bass, hear a track like The Storm. Not to say you won't be able to hear the guitars, it's just an odd choice to have gone for, and one that I don't really quite understand. I think that the vocalist's slur might turn off some because of how pronounced it is when everything else falls away and he's by himself, which honestly doesn't happen beyond like two tracks, but I could see some not really being all that into it, though I found it to be a bit endearing.
I did enjoy this record all the way through and think that it's a nice change of pace from the typical straight ahead from of metallic hardcore I usually prefer. While the band aren't quite unique as of yet, there are certainly a more interesting vibe to this record that does set them apart, and I can only hope they develop their sound even further on future releases. If you're into hardcore or metallic hardcore I think you'll really dig this album, check it out.
Overall Score: 8
Highlights: Dead Romantic, Desolation In Gb Minor, Twentyeight to Ten
Posted by maskofgojira at 11:25 AM