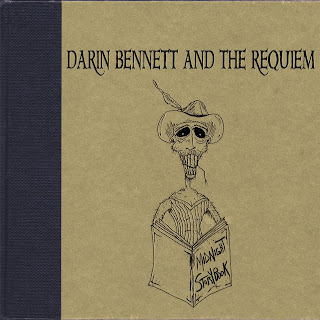 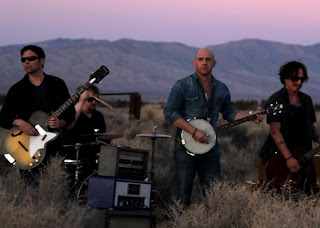 You know, it's always a surprise to me when someone asks me to listen to their music (that's not me being sarcastic or ironic, I really mean that) because I'm just another average guy with a little too much time on his hands listening to music. That's how I first heard of Darin Bennett and his band, who happened to send me his video which turned into me covering this album. I'm a little surprised he would contact me but in no way dismayed by it.
As a vocalist, Bennett has a voice that easy stands out from both modern country, mainstream or otherwise, as well as rock, recalling the likes of the iconic Nick Cave. His voice is gruff and powerful but not aggressive enough to overpower the music behind him. Sure, the music doesn't have much in common with the post-punk that is typically associated with Cave's material, though the chill bass lines on each of these songs also nods to some of the stuff Cave did with The Bad Seeds. Aside from the Cave comparison, the influences that he mentioned to me are, for once, quite accurate. There's a healthy dose of both Tom Waits and Bruce Springsteen in here as well that I wouldn't say are all that obvious unless you're a huge fan of those artists or your actively looking for their influence in his music. While opener and single, Holdin' Me, is really the only time we hear Bennett and the band in more of an up-beat and anthemic, the four following tracks bring a nice dose of more straight-up blues to the table, and as someone who doesn't regularly enjoy blues music, I did really like these four songs. Whether it be a ballad or more of a rocker, Bennett and The Requiem definitely have a killer sound on their hands.
I wouldn't say this sort of stuff is typically the stuff I listen to, but I certainly did enjoy the five songs presented on here. I think that if you're into a nice fusion of country, blues-rock, and a dash of post-punk this is where your ears need to be. I can only hope that Bennett follows this up with more great material, hopefully even a full-length. Fingers crossed.
Overall Score: 7.5
Highlights: Holdin' Me, Here and Away
Posted by maskofgojira at 2:47 AM