Finally I'm getting around to covering some post-rock releases this year. Hopefully I can begin to get more on top of these things. 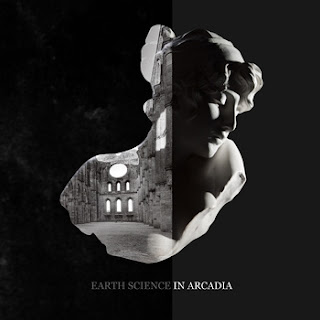 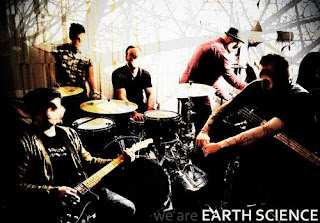 Before seeing this album's cover, I was totally unaware of this New York group. With a name like Earth Science I was really expecting something cool, or at the very least interesting. Pressing play for the first time I thought I knew what I was in for, and I was certainly surprised by what I got.
I guess I should say that perhaps I've been spoiled when it comes to post-rock. Maybe it's the fact that most of the groups I like listening to are instrumental or make use of vocals in ways that don't distract me from the music, whether it be through spoken word or samples, but I think that because I've listened to so many instrumental post-rock groups that I've developed a distaste for vocals in it. I have to admit, coming into this record, I thought it was going to be an instrumental record, and the band certainly focus more or less on instrumental passages for most of these songs, but when there are vocals on here, I just could not stand them at all. A track like Pathetic Accident just sound really bad, in my opinion of course, with the vocals really disrupting the flow of the song. It just sounds like a group trying to make post-rock accessible to people who enjoy pop-punk, or stuff like that. In all honesty, even the instrumental passages on here aren't all that special either, most tracks are really unremarkable and don't really do anything that I (and I assume most fans of the genre) haven't heard before. I don't want to make the record seem as if it's dull and boring though because tracks like Signals 2: Rescue or 19 to 25 Days, even though they don't really provide anything original or unique, are still pretty well crafted songs.
Honestly, this record did not appeal to me beyond a couple of songs. I kind of wish it did, because like I said above, I thought the cover was pretty cool for a post-rock group and looked kind of dark, but the record really wasn't. While this might not really be my sort of album, I do think that if you happen to enjoy more poppy music and are looking for a way into post-rock, this wouldn't be a bad place to start.
Overall Score: 6
Highlights: Whiskey Tango Foxtrot, MDK, We Detect Concurrent Usage 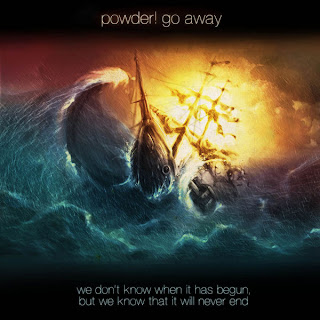 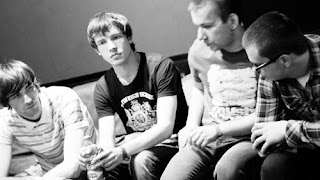 I've been meaning to talk about this sophomore effort from Powder! Go Away for a little while now and this was the perfect opportunity to finally get around to doing it. I'll admit that this is my first introduction to the group so I wasn't exactly sure what variety of post-rock the band would play(if you could really say there's variety in post-rock). But seeing as the group had a song that had my birthday on it, it was just one of those things where I just felt compelled to cover it.
By comparison to the album above, Powder! Go Away is a much more traditional sounding post-rock group, and by that I mean, they are fully instrumental (beyond a sample used in a few songs) and they make full use out of climactic builds. I'd also say that unlike a lot of post-rock groups, these guys are a "rock" band. Throughout these songs, not only do you get the crescendos and epic builds, but you also get plenty of distorted guitar parts that remind me of a bit of noise and math rock at times. Songs like It Will Never End and Storm Warning! are totally fun because they just have those angular sounding riffs with just the right amount of distortion to make them sound huge when stacked up against the cleaner tones used on here. Even songs that are essentially post-rock songs, the songs without more angular or noisy parts that is, like 37th Parallel are still great songs that are far more powerful than I would have first expected from a "post-rock" group. While listening to this I never once felt like I was listening to just another math/post-rock group, each song had something interesting going on in it that kept my attention. The band also make good use of not sticking to a formula and deviating from the typical slow build into the closing climax format and just bust out into a more up-beat rocker on a few tracks.
I just had a good time listening to this album. It's not going to be an album that's going to blow you away if you're a fan of post-rock or math rock, but for what it is, it is a very solid album that I will definitely return to from time to time. I think that if you just come into this with no expectations, you'll find a pretty solid release on your hands.
Overall Score: 8
Highlights: 10 July 2011. Storm., The Universe Is A Huge Black Square, Stories Told By The Falling Autumn Leaves
Posted by maskofgojira at 10:55 PM